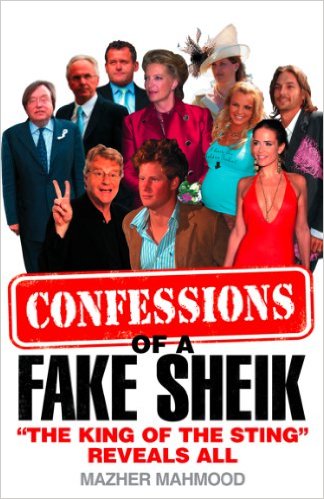 Mazher Mahmood wrote this book, "Confessions of a Fake Sheik: The King of the Sting Reveals All," several years about about his undercover investigations (Credit: Amazon)

Some updates regarding undercover News UK reporter Mazher Mahmood, aka the fake Sheikh:

Six people including actor John Alford and former boxer Herbie Hide who were convicted after undercover reporting by Mahmood for the News of the World want to appeal their rulings, the Guardian reported.  More on their bids for appeal here.

Mahmood conducted undercover investigations for News Corp. UK until last year. He was suspended from the Sun last summer after his testimony during a case against pop star Tulisa Contostavlos, as iMediaEthics previously reported. His undercover reporting in 2013 landed on the front page of the Sun as a “world exclusive,” — “Tulisa’s Cocaine Deal Shame.”

The Sun‘s Dylan Sharpe confirmed to iMediaEthics that “Mazher Mahmood is still suspended and under investigation.”

Mahmood went undercover posing as a producer and claimed that Contostavlos offered to get him cocaine, as iMediaEthics wrote at the time. She denied the accusations, saying she thought she was auditioning for a role. Contostavlos was charged with a crime, but during the trial, the judge, Alistair McCreath, dismissed the case, saying Mahmood “had been manipulating the evidence in this case” and had talked a third party, a driver, into changing his story.  McCreath accused Mahmood of a “deliberate lie.” After the case was dropped, Contostavlos said she might sue Mahmood.

A few months after the Contostavlos case ended, another case where Mahmood had been involved in providing information was dropped.

The UK police haven’t decided if it will charge Mahmood with perjury during Contostavlos’s trial, Press Gazette reported. The Press Gazette noted that “Since the collapse of the Contostavlos trial, the CPS has withdrawn a number of criminal charges brought as a result of investigations by Mahmood.”

The Crown Prosecution Service told iMediaEthics by e-mail “Following a ten-month police investigation, the CPS received a full file from the MPS on Friday 5 June relating to allegations of perjury and conspiracy to pervert the course of justice. This is a complex area of law and it is vital that the file is carefully considered. A decision will be made as soon as is practicable.” 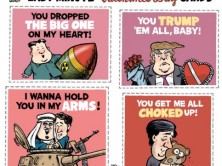