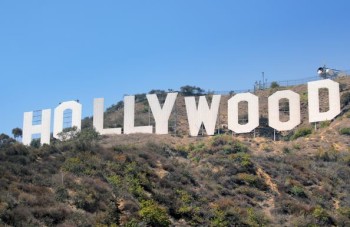 A reader complained to The Guardian over its May 27 article  “Why disaster movies are leading the way for age-appropriate relationships,” readers editor Chris Elliott wrote.

While The Guardian post was trying to offer a “tongue-in-cheek” take on sexism in Hollywood, some readers didn’t see it that way, according to Elliott. One reader complained to the readers editor office, and several others complained in the comments, Elliott noted.

Specifically, the term “age-appropriate” upset readers who thought the article was judging relationships between couples with age gaps, Elliott wrote.

The Guardian‘s blogpost, by Benjamin Lee, pointed out that the stars of the disaster movie San Andreas, Carla Gugino and Dwayne Johnson, are the same age. whereas in many other movies, on-screen couples have at least a decade between them. Lee listed numerous examples of mainstream movies with large age gaps between male and female co-stars compared with several disaster movies with no or insignificant age gaps between on-screen couples.

Elliott said he himself didn’t handle the formal complaint from a reader about the article in question. However, the colleague who did handle the complaint explained he thinks the article was “clear that its target is the sexism in Hollywood that means older men are usually/often cast with much younger women as their girlfriends/wives.”

“I think it’s quite clear that the article is not making comment on what is or isn’t an ‘appropriate’ age gap in real-life relationships,” the colleague responded in part, noting that the post played off of 37-year-old actress Maggie Gyllenhaal’s May interview with the Wrap in which she said she was told she was too old to act opposite a 55-year-old.

For his part, Elliott suggested The Guardian “find a more appropriate phrase that will last ages” instead of “age-appropriate,” which “understandably jars for some.”