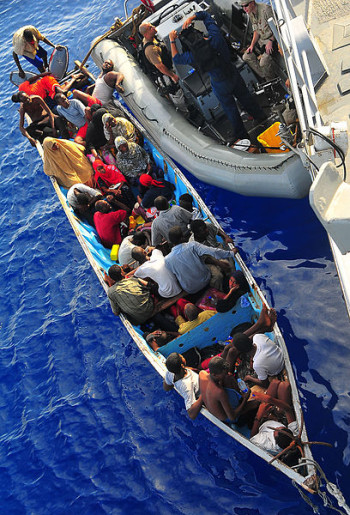 Columnist Katie Hopkins upset a lot of readers earlier this year when she compared migrants to cockroaches in a column for the UK Sun.

She wrote in her April column that African “migrants are like cockroaches.”

“NO, I don’t care. Show me pictures of coffins, show me bodies floating in water, play violins and show me skinny people looking sad. I still don’t care. Because in the next minute you’ll show me pictures of aggressive young men at Calais, spreading like norovirus on a cruise ship,” she wrote in part. Her column prompted more than 310,000 people to sign a petition calling for her firing and more than 400 complaints to UK print regulator the Independent Press Standards Organisation over discrimination.

Recently IPSO rejected yet another complaint against Hopkins’ column — this one for accuracy, the Press Gazette reported.

That complaint, by Jonathan Greer, focused on the statistics cited by Hopkins in her column. Greer “said that the article gave an inaccurate impression of the migratory patterns of North African refugees, of Australian immigration policy and of British asylum support policy,” IPSO reported.

“He noted that fewer than 20% of North African refugees go on to seek asylum in the UK, with the majority claiming asylum in Germany. He denied that the Australian state threatened migrants in the manner suggested in the article. Furthermore, he noted that the standard rate of support for a single asylum seeker in the UK was £36.95 per week, which was below the income support level of at least £57.90 per week. It was therefore not accurate to suggest that benefits were being distributed “like Monopoly money”.”

Greer commented that Hopkins’ article was dehumanizing and prejudicial as well. The Sun stood by the article’s accuracy given that it’s an opinion article. “Under the terms of the Code, columnists were free to be partisan and to use rhetorical devices, including exaggeration, to illustrate a point,” the Sun argued, according to IPSO.

IPSO confirmed to iMediaEthics  that Greer’s was the last complaint it had over Hopkins’ column.

Hopkins somewhat lightened her stance those comments last month, telling the Press Association that “there  are some words which in hindsight you’d probably look to pull out of there.” That said, she stood by her “message” against “migrants and people suffering” but instead for identifying a solution to migration issues.

But she also said she was “super-keen on euthanasia vans” sine there are “far too many old people,” the Guardian reported in late July. Explaining why she’s not against euthanasia, she said in an interview with Radio Times magazine that “We need to accept that just because medical advances mean we can live longer, it’s not necessarily the right thing to do.” She also remarked “It’s ridiculous to be living in a country where we can put dogs to sleep but not people.”