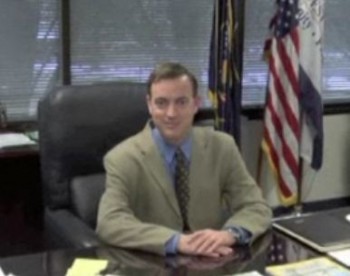 Utah’s West Valley City mayor Mike Winder disclosed that he has been using a pseudonym – Richard Burwash – to write positive articles about West Valley City in order to promote the town, the Associated Press reported.

Winder wrote articles for the Deseret News, local TV news KSL-TV website and other news outlets. The Deseret News is a daily Salt Lake City newspaper with a circulation of about 73,000 copies, according to Mondo Times.  The Oquirrh Times is a local West Valley City newspaper.

According to the Deseret News’ report, Winder as Burwash “had more than a dozen stories published over a two-year period. His stories first appeared in the Oquirrh Times beginning in September of 2010. He later submitted three stories that were published in the Deseret News, and one that was posted on KSL.com.”  The Deseret News explained that its “freelance contributor network” Deseret Connect published four of his stories.

The Deseret News  reported that the Oquirrh Times published seven of his articles late last year.  Three of those articles were a series promoting a “$25 million bond measure for parks and trails.”

The kicker? Winder — as Burwash — quoted himself as mayor in some of his stories about the city.  For example, the AP cited one of his articles about a new Buddhist Temple in which Burwash the fake journalist reported quotes from Winder the mayor saying “We applaud any time a group builds a place to celebrate peace and to encourage people to live better lives.”

Winder is quoted by the AP as explaining his fake journalist actions:

“I thought about all the people just reading about crime in our city and nothing better. I’m trying to stand up for us because we do get the short end of the stick — negative stories.”

Winder claimed his stories were “100 percent factually accurate.”  “The only crime was my name,” he is quoted by the AP as saying.  Deseret Connect’s editor, Jacob Hancock, and Oquirrh Times‘ editor, Howard Stahle, confirmed that there weren’t factual errors in Burwash’s reports, according to Deseret News.

According to the AP, Winder announced his fake reporter alter-ego because he is planning to run for mayor of Salt Lake County and didn’t want to have a “political enemy” dig it up.   According to Yahoo News, Winder set up fake e-mails and Facebook accounts with photos from Google to support his phony identity.  He also “pretended to be Burwash in phone conversations.” He used the photo of California man Peter Burwash, who according to KSL, is calling for an apology from Winder.

In response to Winder’s revelation, Deseret News president and CEO Clark Gilbert said the newspaper is “highly concerned that someone would purposely misrepresent himself.”

While Winder claimed the Oquirrh Times’ editor, Howard Stahle, knew about his phony reporter alter-ego, Stahle denied this, according to the Deseret News.

iMediaEthics has written to the Deseret News, the Oquirrh Times and KSL-TV to see if they will be adding notices to stories published by Winder under his pseudonym. We’ll update with any response.