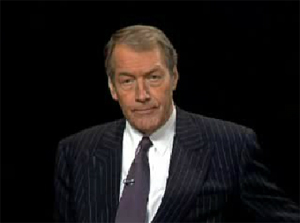 I was watching the Charlie Rose Show last week and saw Adam Moss, New York Magazine’s editor-in-chief, talking about the importance of getting personal with readers. As internet journalism grows, said Moss, it is becoming part of the editor’s role to track the habits of online readers.

According to Serena Torrey, the Director of Communications, Strategies, and Business Development, the website received 3.4 million unique visitors in May 2007, as measured by omniture, the magazine’s internal monitoring service. While the magazine’s rate base, or number of magazines projected to be read per week is 425,000 copies.

Moss said that the online viewers were  integral in the continued success of the magazine.“If things continue to go the way they are, the website will certainly be the bigger revenue driver,” Moss said.

Industry numbers seem to support Moss’s assertions. Advertisers are investing a relatively tiny fraction of their budgets in online ads. According to the Project for Excellence in Journalism’s 2007 State of the Media Report, the top 50 ad firms only invested 3.8% of their budgets. However, they are still reaping an enormous return. In the same year, online advertising increased 36% in the first 9 months.

Moss talked about ways in which the online magazine is tracking reader interest and stressed using targeted online content as a barometer. The website allows editors to track data more comprehensively than that gathered from print reader surveys. One story that had great success on nymag.com was the “The Profit Calculator.” This story profiled various New York businesses including a hedge fund, a sushi restaurant, and a crystal meth dealer. The story, Moss said, had great staying power online because it attracted a variety of readers.

New York has often been criticized for focusing too heavily on consumer interest stories rather than, say, politics or business. As a former editor of The New York Times Magazine, Moss said he is familiar with the many competing interests – from readers to advertisers – faced by editors of a service based magazine.  Furthermore, he said he’s careful to avoid the pitfalls of tabloids, which obsessively track the number of sales per cover story.

I must confess, as a city dweller, I’m more likely to peruse nymag.com for its entertainment and restaurant listings than for the latest feature by Robert Kolker. However, there is a difference between service information and news. I would hate to see their journalism replaced by shopping and cultural guides just because of “selfish” readers, like me.