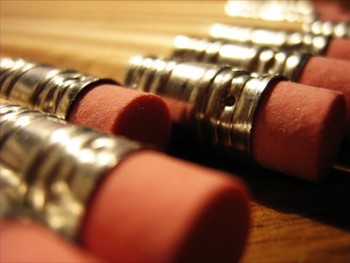 The Washington Post admitted an error to a reader, changed the story to fix the error, but posted no correction or update notice.

As the reader, Glenn Merritt, noted in an e-mail to iMediaEthics, this past year, ombudsman Patrick Pexton “congratulated the Post and its corrections staff for publishing fewer errors in 2011.  This is one of the ways they accomplished that.”  Merritt, who occasionally sends iMediaEthics tips about corrections requests or concerns about the Post’s coverage, noted in a separate e-mail to iMediaEthics that “Despite Pexton’s lauding the Post in 2011 for printing fewer corrections, it’s obvious that that doesn’t necessarily have any correlation to the number of valid correction requests received.”

As we wrote earlier this year, Pexton reported that the newspaper published 875 corrections in print last year, which is “the lowest for any year since The Post began counting in 2005.”  Pexton’s column noted that the newspaper doesn’t track online corrections, and he called for “the Post to figure out a way to count its online errors, at least the more signficant ones, such as fact inaccuracies and misspellings.”  He also wanted the newspaper to add a page online to list corrections.

In the case of the error fixed online without a correction, the August 2011 story “Democratic incumbents win Wisconsin recalls” reported that “Democrats have won two recalls in the state this summer; Republicans have won none. ” The reporter in question, Rachel Weiner, told Merritt by e-mail August 18 in response to his corrections request that she “meant to write, defeated two incumbents,” according to an e-mail provided to iMediaEthics by Merritt.  And the article has been fixed to read: “Democrats have defeated two incumbent state senators in recalls this summer; Republicans have defeated none.”

But, there’s no correction on the article.  Or even a note to reflect it’s been updated.

We wrote to the Washington Post to learn when the story was  fixed and why there’s no corerction.  Ombudsman Patrick Pexton promptly responded to iMediaEthics and directed our inquiry to Milton Coleman.  We have written to Coleman on May 11, May 17 and May 23 seeking information about this specific incident, but he hasn’t responded.

Pexton noted that as ombudsman he “can recommend that corrections be made, or not made, but I do not actually make corrections, write corrections, nor am I in charge of the corrections system.”  He added that sometimes he looks into them for his ombudsman columns and blogs, though, and that he likes using “strike through text” to indicate any corrections in his “own online work.”

Pexton also provided the corrections policy at the newspaper.  He wrote:

“For online stories, the Post generally corrects them only online. For minor corrections they’ll usually just go in and change the text. For more extensive corrections they’ll either put an editor’s note at the top of the online story, and/or use strike-through text to indicate the changes.  I actually don’t know if this story on Wisconsin recalls was in print or online, I didn’t see it in the August 17 paper, where it normally would have appeared.  Printed stories are always corrected in the print paper.”