Was it a Slow News Summer? NY Mag Compiles Top 10 "Shameless News Stories" (Not mentioning that they reported them too)

Was it a Slow News Summer? NY Mag Compiles Top 10 “Shameless News Stories” (Not mentioning that they reported them too) 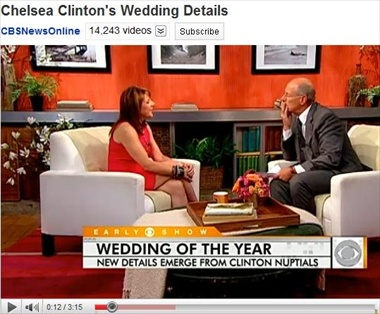 Was it a slow news summer? When there isn’t any big, exciting hot news, do media outlets hype ordinarily less significant stories?

The Village Voice’s Rosie Gray, for one, called Aug 20 a “slow news day” just based on media reporters’ tweets.

New York Magazine compiled what it considers to be the top ten “most shameless slow-news stories” from this summer.  Do you agree with their list?  Any add-ons?  (Note: New York Magazine does not mention that it was among the pack and reported all ten  stories itself.)

The New York Times, for one, devoted some of its City Room blog to the story of “Sticky,” a goose that ran around Prospect Park in mid-June.  “Sticky” was special, though, because he had an arrow through his neck.  The Times wrote at least three times about “Sticky” — when “Sticky” was spotted, the attempts to remove the arrow from its neck, and when Sticky was officially arrow-free.

The Times and New York Mag weren’t alone though: The Village Voice also wrote about the goose.

2. “Bizarre crimes” stories like the Darth Vader bank robber, a Long Island person who donned a Darth Vader costume to rob banks, among others this summer.

3. Did you know there are rats in New York?  Several news publications wrote about the rats in the subways and Lower East Side, including, of course, New York Mag!

The New York Times, for example, wrote in June about City Hall’s first study to analyze why there are rats in the subway system.

And in July, My Fox NY and the blog Curbed weighed in on the rodent problems.

4. Old women who live with corpses.

This summer, some news outlets were captivated by two women who were found living with corpses in their houses.  One, in Romania, didn’t report her husband’s death for two weeks because she thought he might be trying to “trick her so he could start a new life with his mistress.” New Jersey’s Asbury Park Press blogged about the skeptical wife.  The other, in Pennsylvania, had her husband and twin sister’s bodies dug up from their graves and kept the bodies in her house. The Pennsylvania woman’s tale was reported by the Seattle Times and a local CBS station.

Captured on video, Greene, a surprise candidate for the U.S. Senate from South Carolina, “howled” “Go! No!” at reporters outside his house.  The Huffington Post,  Talking Points Memo, MSNBC and others published the video.

News outlets were all over former president Bill Clinton’s daughter’s wedding this summer.  Some speculated on the cost of the ceremony, and The New York Times  even posted a detailed. time-stamped play by play of the ceremony.  An Aug 24 Google News search of “Chelsea Clinton’s wedding” produces more than 1,000 news articles about the wedding.

The stories of two men arrested for putting semen in a bottle and then passing that to women were covered as important news.  Michael Edwards was arrested for spraying his bottled semen on five women in malls.  His story, as StinkyJournalism reported, was well-covered by The Washington Post.  Another Michael, Michael Kevin Lallana was arrested for “allegedly ejaculating into his .. female coworkers water bottle”   Lallana’s story was covered by The Los Angeles Times, San Jose Mercury News, CBS News and many others.  See New York Mag’s coverage of Lallana’s incident here.

Slater, the now infamous Jet Blue flight attendant who caused a scene and took the emergency escape out of a plane at John F. Kennedy Airport, has become an online sensation.  An Aug 24 Google news search of Slater’s name produces more than 8,000 news articles about the former flight attendant in publications ranging from the prestigious The Wall Street Journal and New York Times to specialized sites E! Online and Psychology Today, and international sites like The (UK) Independent,

The New York Times wrote Aug. 20 that the “stigma” around bed bugs spreads faster than the bugs themselves.  The Economist , wire service UPI and others have reported on the”growing problem” of bed bugs.  And, infestations are, of course, reported.  See this May’s feature article in New York Mag on a bedbug infestation on the Upper East Side.

iMediaEthics has written to Lindsay Robertson, author of NYMag’s post to see what other stories she found “shameless” this summer.  We’ll update with any response.

Was it a Slow News Summer? NY Mag Compiles Top 10 “Shameless News Stories” (Not mentioning that they reported them too)