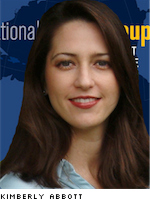 To combat economic pressures, Kimberly Abbott, writing for the Nieman Journalism Lab, explains that news organizations are increasingly turning to NGOs to provide everything from contacts and guidance for field reporters to story ideas and even funding. In addition to detailing the nature of these relationships, Abbott discusses the ethical issues raised by an NGO/journalism partnership.

Apropos the subject, Abbott is herself an NGO/journalist: she works as the North American Communications Director for International Crisis Group, an independent, nonpartisan group providing analysis and advice about conflict prevention and resolution. While NGO/journalism partnerships may exist domestically, Abbott’s essay is mainly concerned with those that have arisen to help support foreign reporting, which continues to suffer the effects of budget and staff cuts. “The result is a homogenization of foreign news that often lacks depth and context,” she writes, “and is increasingly limited to coverage of the major wars — Iraq and Afghanistan — where American blood and dollars are heavily invested.”

Abbott describes how news organizations and freelance journalists team financially with NGO’s using International Crisis Group’s partnerships with ABC’s Nightline, in which IGC and ABC co-produced stories in Uganda in 2005 and again in the Eastern Democratic Republic of Congo in 2006, as examples of how these relationships can be navigated successfully. “The partnership worked well for two reasons: first, because Crisis Group enjoys a reputation as a credible, independent organization, and second, but equally important, because Nightline was clear with the audience about what was happening.”

Of course, these types of relationships raise ethical questions, particularly about a journalist’s or publication’s ability to maintain independence and editorial integrity. Abbott addresses these concerns, in part, by claiming that editorial boundaries have already been crossed in other ways. “Military embed programs have become commonplace and are considered acceptable as long as they are openly presented as such and supplemented with balancing material. Field-based freelancers increasingly have a foot in multiple worlds, producing content for an NGO or writing policy papers for a think tank, or maintaining an opinionated personal blog while simultaneously reporting for a news organization.” While this may be true, it doesn’t justify or alleviate the ethical problems that may arise when publications team with NGOs.

But Abbott doesn’t rely on this argument alone. She sees NGO/media partnerships as another branch of de-professionalized journalism, like citizen journalism, and rightfully recognizes that reporters should be wary of NGOs with an agenda. And, in a show of good faith, despite ICG’s own advocacy component, she points out that many journalists feel uncomfortable working with advocacy organizations.

The key to resolving these issues, as it always seems to be in new media, is transparency. “A heightened awareness about the potential of impropriety might even force some journalists to become more forthcoming about practices that are increasingly becoming accepted by the industry,” Abott writes. “And that frankness with the audience encourages honest debate that could then continue on discussion boards and blog sites.”

Abbbot’s essay launches the Nieman Journalism Lab’s new series about the relationship between non-governmental organizations (NGOs) and journalism (which we learned about via the Columbia Journalism Review).

You can read Kimberly Abbott’s full essay, including concerns from the NGO’s perspective, at the Nieman Journalism Lab. And you can find the collected series on NGOs and journalism here.