Who faked the Kendall Jenner Interview on Bruce Jenner? US Weekly won’t say 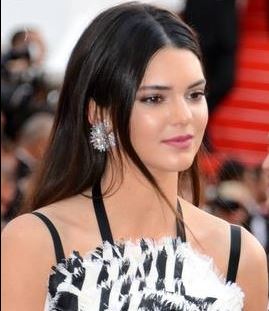 Us Weekly admitted to publishing a fake interview with reality television star Kendall Jenner after she complained on Twitter, but still failed to be transparent and identify the reporter responsible.

“Shame on US Weekly for making up quotes. I NEVER said those things. I never spoke to them,” Jenner tweeted March 18.

Shame on US Weekly for making up quotes. I NEVER said those things. I never spoke to them.

how is it legal for someone to “quote” someone and publish it if in fact you never said what was quoted.
— Kendall Jenner (@KendallJenner) March 18, 2015

No specific reporter was identified as responsible for the story; intsead it was attributed to “US weekly staff,” Variety reported.

US Weekly‘s March 19 retraction said the interview came from “an independent freelance journalist” who said he interviewed Jenner at the Justin Bieber Comedy Central roast.

While the reporter “stood by the interview,” Us Weekly said it was retracting the story because of “concerns about the veracity of this interview and the circumstances under which it was obtained.”

“On Wednesday, March 18, Us Weekly published on UsMagazine.com an interview with model and reality star Kendall Jenner entitled “Kendall Jenner Breaks Silence on Bruce Jenner’s Transition: ‘I Will Always Love My Dad.'” The interview was allegedly conducted by an independent freelance journalist at the Saturday, March 14, taping of Comedy Central’s roast of Justin Bieber in Los Angeles. When Ms. Jenner denied, via Twitter, that the interview took place, Us Weekly immediately reached out to the freelance reporter. He stood by the interview, and continues to maintain that the quotes are accurate. However, after attempting to reconfirm his account, editors of Us have concerns about the veracity of this interview and the circumstances under which it was obtained. We would like to retract the story entirely and have removed it from our website. We sincerely apologize to Ms. Jenner and her family.”

The New York Post’s Keith Kelly pointed out that US Weekly is owned by the same parent company as Rolling Stone, which published last year a controversial cover story on rape at University of Virginia. Rolling Stone apologized in kendall jenner interviewDecember for the failings in its reporting, including not contacting fraternity members accused of rape, and asked Columbia Journalism School to review the “editorial process” that led the story to print.

iMediaEthics is reaching out to US Weeky.

Who faked the Kendall Jenner Interview on Bruce Jenner? US Weekly won’t say