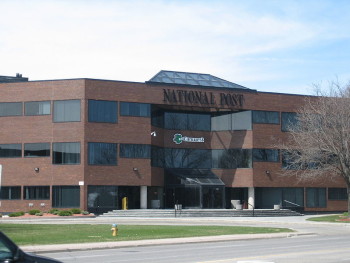 The National Post unpublished a column Friday about Canadian prime minister Stephen Harper because it hadn’t been fact checked yet. The column, by Margaret Atwood, was later republished but not before she tweeted asking if she had been “censored,” the Toronto Star reported.

The column “poked fun at Stephen Harper’s hair,” the Canadian Broadcasting Corp. wrote. The column, now re-published, is titled, “Hair is in the election-season air, but is it crucial to the question of your vote?”

“The column was taken down because the necessary fact checking had not been completed,” the National Post’s senior vice-president Gerry Nott told the Star. “Senior editorial leadership at Postmedia also had not concluded whether the column was aligned with the values of the National Post and its readers.”

Atwood, however, told the Globe and Mail that the National Post held her column for nine days before publication. “Ms. Atwood said she submitted the column nine days ago and that no concerns about it were relayed to her before publication,” the Globe reported, noting that she was surprised the newspaper got its “knickers in a twist” over a “really silly piece.”

Atwood tweeted and re-tweeted about her column’s posting, unposting and reposting to her 847,000 Twitter followers.

OK, Deep Throats rumour is that the Hair piece is being "evaluated" by "leadership." @nationalpost @fullcomment http://t.co/3OHkiVaWXP

Um, did I just get censored? For my flighty little caper on Hair? @nationalpost @fullcomment @CANADALAND http://t.co/3OHkiVaWXP …

Hum, you're right: #hairgate hair piece is back up on @nationalpost website. All is forgiven? (But what was "all"?) Still puzzled….

She also asked on Twitter “which of my facts were wrong” that warranted the controversy.

So, @nationalpost @fullcomment #hairgate: Which of my facts were Wrong? What are the alternate facts, presumably Right? Cite sources please.

The article was republished within 24 hours but was “minus three sentences,” The Toronto Star reported. Changes include deleting a sentence that indicated Harper has a “personal grooming assistant — lavishly paid for in whole or in part by you, gentle taxpayer.”

1) Addition of words "even in part": pic.twitter.com/SmKF7kqfha

2) The three sentences after "hiding" have been deleted: pic.twitter.com/eVRhALosVR

3) The sentence "In his earlier quoted comment, 'I don’t care what they say,' who are they?" has been deleted. pic.twitter.com/DNFXu2KoHF

4) The latter two sentences of the penultimate paragraph have been deleted: pic.twitter.com/MV3B9jPeqV

Canadaland listed a host of questions about the incident at the National Post and called for a “full and accurate account of what happened.” 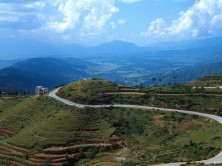