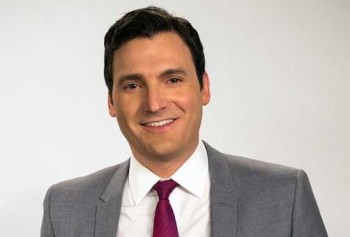 Evan Solomon is out at Canada’s CBC News after the Toronto Star revealed he “has secretly been brokering lucrative art deals with people he has dealt with in his job on television and radio, an apparent breach of the national broadcaster’s code of ethics.”

In addition to setting up art buys between buyers and a Toronto art collector, he took commissions, the Star‘s report claimed.

How much money was at play? “Solomon, in at least one case, took commissions in excess of $300,000 for several pieces of art and did not disclose to the buyer that he was being paid fees for introducing buyer and seller,” the Star reported.

The CBC initially “took Solomon off the air” yesterday without suspending him, with spokesperson Chuck Thompson telling the Star “we’re looking into the allegations to see if any lines were crossed.”

“I did not view the art business as a conflict with my political journalism at the CBC and never intentionally used my position at the CBC to promote the business,” he said, according to the CBC. “I am deeply sorry for the damage that my activities have done to the trust that the CBC and its viewers and listeners have put in me. I have the utmost respect for the CBC and what it stands for.”

Solomon hosted the five day a week CBC show Power and Politics and CBC Radio 1’s political affairs program The House, according to his Twitter bio.

I regret to inform you that CBC News has ended its relationship with Evan Solomon host of Power and Politics and The House. #cbc

Official from cbc : I regret to inform you that CBC News has ended its relationship with Evan Solomon host of Power and Politics. #cdnpoli

Simon Houpt, the Globe and Mail‘s senior media reporter , tweeted a statement from CBC News general manager and editor-in-chief Jennifer McGuire confirming, “I regret to inform you that CBC News has ended its relationship with Evan Solomon.”

According to the Toronto Star, the CBC’s firing of Solomon came “shortly after the Star presented the findings of its investigation to the network.”