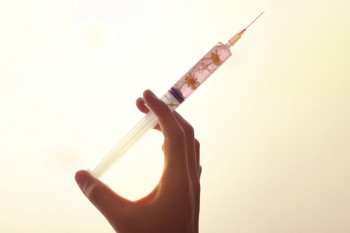 The Toronto Star unpublished its front page story accused of being anti-vaccine and sensational.

The Feb. 5 story, “A wonder drug’s dark side,” reported on anecdotal claims about anti-HPV vaccine Gardasil. After complaints, the Star published a note at the top of the story reading: “This article has come under global criticism by the medical and public health communities for not making clear the scientific evidence of the safety of the HPV vaccine Gardasil. There is no scientific medical evidence of any ‘dark side’ of this vaccine.” The Star also published a letter of complaint from 65 specialists.

The decision to unpublish is also noteworthy because the Star has an unpublishing policy advising, “We generally do not unpublish unless there are legal reasons to do so. We regard published content as a matter of public record whether it is published on newsprint or online.” Star public editor Kathy English also has researched the practice and penned a 2009 report on unpublishing.

iMediaEthics asked Star publisher John Cruickshank why the paper unpublished now, especially in light of the the Star’s unpublishing policy. He told iMediaEthics by e-mail:

“Some of the early responses to the story indicated Gardasil was completely without risk and that it had been proven to prevent cancers. The first isn’t true of any vaccine and so far Gardasil has been proven to inhibit some pre-cancerous conditions.

“We hoped to conclude the episode without encouraging more misinformation. It all took some time.”

As iMediaEthics previously reported, the Toronto Star’s English questioned last week why the Star published the “alarmist” story.. “The Star fell short in not giving its readers public health information in a manner that meets the standards of responsibility expected in evidence-based science journalism,” she said.

The Star’s editor Michael Cooke apologized for the story. “There was a bad story-management combination approved by me: a foreboding headline, undue emphasis on the front page and terrible timing,” he said in part.

The Star announced the unpublishing Feb. 20 in a note from its publisher.

“We have concluded that in this case our story treatment led to confusion between anecdotes and evidence,” the Star wrote. “For that reason, the Gardasil story package of Feb. 5 will be removed from our website.”

The Star statement admitted that its Gardasil report suggested that there was a link between Gardasil and getting sick. It said:

“The article focused on several young women who had grown sick sometime after taking the anti-papillomavirus vaccine Gardasil.

“The story included the caveat that none of these instances had been conclusively linked to the vaccine,” the Star noted. “However, the weight of the photographs, video, headlines and anecdotes led many readers to conclude the Star believed its investigation had uncovered a direct connection between a large variety of ailments and the vaccine.”

The Star went on, “Some doctors and public health officials were troubled by the story treatment and by the lack of reference to the many studies which conclude the risks of Gardasil are low.”