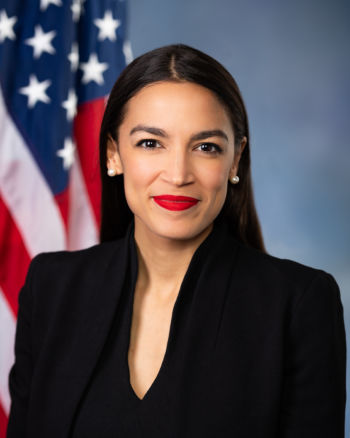 In an atrociously misleading headline, the New York Post reported “Ocasio-Cortez is the ‘villain’ in the Amazon HQ2 pullout: poll.”

The poll referred to in the headline was released by Siena College, and it does not suggest Alexandria Ocasio-Cortez (D-NY) is the villain. In fact, the poll’s detailed data show that just over a third of New York voters (38%) identified her as a villain, while 12% thought she was a hero, 26% felt she was simply a role player, and 23% had no idea what her participation was in the event.

It is true that more voters said she was a villain than said that about any of several other people/groups identified in the poll. Nevertheless, to imply – as the Post headline does – that there was one clearly identified villain is a gross simplification. Moreover, a large majority of voters do not say she is a villain.

The overall results were as follows:

In the article itself, the Post does note the percentages for the other people/groups mentioned in the poll. And it is the Siena College pollster, Steven Greenberg, who said Ocasio-Cortez was the “biggest” villain:

“Who do New Yorkers blame? Well, there’s certainly blame enough to go around. More people think that Amazon, Governor Cuomo, Mayor de Blasio, the State Senate, and local Queens activists were villains in this saga than they were heroes. However, voters say the biggest villain was Representative Alexandria Ocasio-Cortez. Only 12 percent call her hero, while 38 percent label her a villain.”

The problem, from a journalistic point of view, is that identifying the “front-runner” in this contest of “who’s the villain?” reinforces a simplistic message – that one person/group is the “winner.” That is essentially the impact of the Post’s headline.

But assigning blame for Amazon’s pullout is not a winner-take-all contest. Unlike most electoral offices, where only the winner takes office, the point here is to assess how many voters hold each of the people/groups responsible. And, as pollster Greenberg notes, “there’s blame enough to go around” – a fact that get buried when the emphasis is on the “biggest” villain.

Equally important is to note how much of the public is apparently unengaged on the issue. The Amazon proposal to build a headquarters in Queens was certainly one of the most media-covered issues in the state. Yet, large percentages of voters could not offer an opinion as to whether the people/groups mentioned in the poll tried to help or hurt the proposal.

The poll showed that 88% of voters expressed a definite opinion about whether the Amazon pullout was good (21%) or bad (67%) for New York. Yet, only 46% could say if Amazon was a villain or hero. It had to be one or the other. Certainly, Amazon was not “just a role player,” as 39% of the voters said. Another 15% of voters didn’t know how to characterize Amazon’s participation – for a total of 54% of voters unable to characterize Amazon’s role.

That so many voters were unengaged on the issue was not highlighted by Siena’s pollster, nor of course by the Post. It’s understandable that a news outlet will overlook non-opinion, because it’s just not interesting to report. Better to emphasize results that simplify the issue to just one entity – as the Post did in its headline.

But the blame here is not mostly on the newspaper. As pollsters are wont to do, Greenberg also overlooked the large non-opinion in the poll – if it’s not interesting to the media, it’s not going to be highlighted by pollsters who want media coverage.

Yet, understanding public opinion includes both how many people have an opinion on any given issue, and how many people are unengaged. The results here suggest a majority of the electorate unengaged – a data point as important, it would seem, as how many voters identify villains in the pullout.