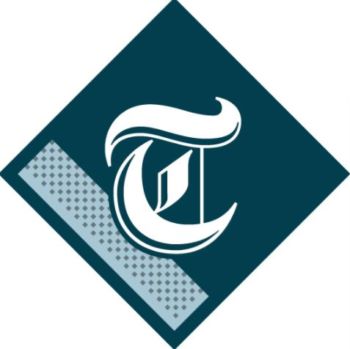 Even though the UK Telegraph’s article on a local British government report was inaccurate, it wasn’t a breach of press guidelines because the Telegraph accurately reported on the government report, and the report itself had the error.

The UK press regulator the Independent Press Standards Organisation dismissed a complaint about the Telegraph’s July 2018 story because the error in its report came from the Greater Manchester Combined Authority’s report, and not as a result of newspaper error.

A man named John Hobson complained to IPSO over the story, explaining it was inaccurate in reporting that a 14-year-old student was “groomed” by anti-fracking activists, when in fact the boy was “groomed” by a different group of environmentalists.” Hobson told IPSO he and others tweeted the paper and its reporter to alert them of the error but the Telegraph didn’t correct until later.

The Telegraph stood by its reporting as in the public interest and an accurate story on the government report. Further, the Telegraph said it promptly corrected by the next day when it realized the report was inaccurate, and argued it was “unreasonable to expect a publication or journalist to monitor their social media accounts frequently for complaints.” The Telegraph noted that its Twitter account and website have a formal complaints page and that it hadn’t received complaints there before the article went to print. In addition, the Telegraph pointed to its print and online clarification the day after the article was published in print which read:

“Yesterday’s article based on a report published by the Greater Manchester Combined Authority (GMCA) stated that anti-fracking activists “groomed” a 14-year-old boy on social media. GMCA has now accepted that this was incorrect and apologised; the boy was in fact targeted by another group of environmental activists, not by the anti-fracking movement. We are happy to set the record straight.”

IPSO agreed with the Telegraph, saying the article was “in good faith” and an accurate report of a government report. “There was no obligation on the journalist or the publication to review other media outlets or their social media for updates on this matter,” IPSO said. “The newspaper had not received any formal complaints through its complaints form prior to the article going in print, and although a press release had been sent to the political editor the evening before the article appeared in print, it was sent out of hours and was not sent to the relevant individuals who could make changes to the copy before it went to print. ”

The complainant, Hobson, told iMediaEthics he was “wholly dissatisfied with IPSO’s response, but I was not surprised, as IPSO is a body set up by the press to regulate itself.”

Hobson said he was more upset with the way the Telegraph handled the matter than the actual report itself. “My issue was not so much with the legitimate reporting of something which came from an apparently reputable source, but with the Telegraph’s response to the revelation that the story had no basis in fact,” he wrote noting that the Guardian quickly corrected its story on the report where the Telegraph took about 24 hours, despite tweets and e-mails to the paper.