Why does NPR use 'Long-Shot' for Bernie Sanders - iMediaEthics

Why does NPR use ‘Long-Shot’ for Bernie Sanders 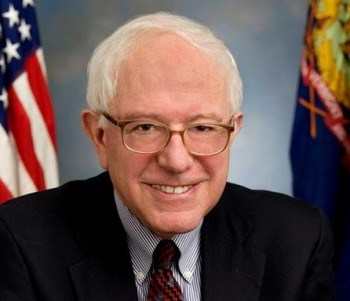 NPR defended its characterization of Bernie Sanders as a “long-shot” candidate for the 2016 presidential race.

Elizabeth Jensen, the National Public Radio ombudsman, explained that listeners have asked about NPR’s coverage of Sanders, specifically asking for more coverage, or the tone of coverage.

NPR Washington editor Beth Donovan argued the characterizations are “neither unfair nor inaccurate” and it is important for “context” reasons to explain “where a new candidate stands relative to others.”

For her own part, Jensen wrote: “Going forward, as the campaign coverage gears up, I do hope that NPR will back off on what seems to me to be the overuse of dismissive terms, such as ‘long-shot,’ to describe Sanders, or any of the multitude of presidential candidates, whatever their party affiliation.”

Why does NPR use ‘Long-Shot’ for Bernie Sanders