Why Johann Hari Lifting Quotes from Books, Other News Outlets is Problem 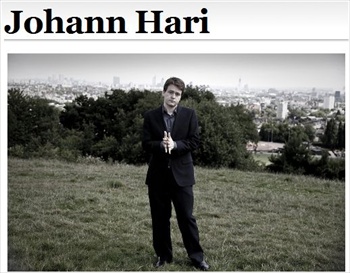 Johann Hari has apologized for his "error of judgment" in lifting quotes, but denies that it is plagiarism or churnalism (Credit: JohannHari.com)

The Independent’s Johann Hari has admitted to using quotes from books and other news outlets without attribution.  But it’s not as simple as a clear plagiarism case– or is it?

UK bloggers and journalists have spotted at least three examples of Hari using quotes that came from other work without attributing to that source. Hari states on his website biography that he writes for the Independent, the Huffington Post, Slate and other news outlets.

In a June 17 blogpost, the site Deterritorial Support Grouppppp (DSG) questioned  Hari’s 2004 reported interview with Toni Negri and featured a side by side showing the duplication. DSG states on its website that it “aims to offer analysis and propaganda from an ultra-leftist perspective.”

In that case, Hari lifted comments Negri made in his 2003 book Negri on Negri.

Yahoo Ireland editor Brian Whelan added another example in a June 27 post.  Whelan spotted Hari’s lifting quotes from Haaretz, In These Times, and other news outlets for his 2010 reported interview with Gideon Levy.

And The New Statesman’s Guy Walters added a third example to the list, The Guardian reported.  According to Walters, Hari’s 2006 interview with Hugo Chavez lifted quotes from the New Yorker’s 2001 interview.

What Hari has been doing, at least in those cases, is using his interviewee’s better worded quote from another publication or work to replace a more conversational comment the interviewee told Hari during his interview.

Hari countered claims of plagiarism and explained in a blogpost admitting the practice why he lifts quotes and reports them as if his source said them during the interview:

“When I’ve interviewed a writer, it’s quite common that they will express an idea or sentiment to me that they have expressed before in their writing – and, almost always, they’ve said it more clearly in writing than in speech….

“I stress: I have only ever done this where the interviewee was making the same or very similar point to me in the interview that they had already made more clearly in print.”

But, in an updated June 29 blogpost, Hari changed his tune, explaining that his actions, which he denies to be “plagiarism or churnalism” were wrong.   Hari explained “an interview is not just an essayistic representation of what a person thinks; it is a report on an encounter between the interviewer and interviewee.”

Journalism.co.uk reported the Independent’s editor, Simon Kelner, commented on Twitter June 28 regarding Hari, noting that in Hari’s ten years at the newspaper, “we have not had a single complaint about his misrepresenting anyone.”

Why it’s not OK

But, it’s not OK for more than one reason.  First, Hari isn’t attributing the work the quote appeared in, therefore misleading readers.  The Independent’s Toby Young accused Hari of being “guilty of shoddy journalism.”  Young commented that it’s “unusual” that “someone of Hari’s stature” has been “found guilty” of “cut-and-paste shortcuts.”

Young added that while the lack of attribution is “misleading,” what is more deceptive is reporting the lifted quotes as if “the interviewee said those specific quotes to him, Johann Hari.”

And second, as a Guardian blogger and media law consultant pointed out, Hari may be violating copyright laws.

Banks commented that quotes from an interview are copyrighted since “a journalist uses skill and labour in recording quotes accurately and selecting those most appropriate for publication.”  While fair use may be applied, Banks noted that the quotes must be attributed.

The Media Blog compared Hari’s practice to “lip-synching” because “he’s been presenting performances ‘as live’ – giving the impression the words on the page happened in the moment and were captured by his pen and his line of questioning – when really they have been finessed and prepared by expert third party producers in the edit suite beforehand.”

As the Media Blog explained, the quote “may be more polished” but it “undermines the credibility of the interview and the notion that it captures a one off moment in time.”

Journalism.co.uk reported that the Media Standards Trust has called upon the Orwell Prize Council to look into Hari’s 2008 prize. According to Journalism.co.uk, the trust “funds and is a partner of the prize” and has stated the council should “take immediate action to examine the allegations and make clear what it is going to do about them.”

On Twitter, the hashtag “#interviewsbyhari” was popular earlier this week, as tweeters mock Hari’s quote lifting by tweeting well-known quotes or song lyrics as if the quote were made in an interview. For example, one tweeter, “HenryJFoy,” twisted a Spice Girls’ lyric as if it were an interview with former Spice Girl, Victoria Beckham, tweeting “‘I’ll tell you what I want’ Victoria Beckham sighed as she turned to face me, ‘I really really really want a zig-a-zig-ah’ #interviewsbyHari”

iMediaEthics has written to Hari and will update with any response.

Why Johann Hari Lifting Quotes from Books, Other News Outlets is Problem