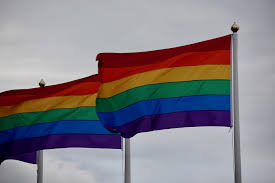 Is it OK to use the word queer on air and in reporting? NPR’s public editor office looked at that question in a recent column by Juliette Rocheleau responding to complaints from listeners about the use of the word without context or explanation, given its history as a slur.

Specifically, NPR pointed to the NLGJA: The Assoication for LGBTQ Journalists’ guidance, which states “Originally a pejorative term for gay, now being reclaimed by some gay, lesbian, bisexual and transgender people as a self-affirming umbrella term … Queer is still offensive as an epithet to many.”

NPR’s Western bureau chief Jason DeRose was quoted as explaining there is an “evolution” in the language use, and that he has seen a “generational issue” in younger staffers using the word but older staffers not. He added, “I am sympathetic to people who do find it problematic. I think that it’s important to understand that we’re trying to be respectful and use the language that people in stories use.”