Will Public know Who Hacked Phones? 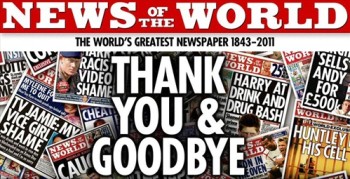 Who hacked phones in the UK? Former News of the World reporter Neville Thurlbeck may name who was involved in phone hacking, the New York Times reported.

Thurlbeck was fired from News International “earlier this month” and has filed a lawsuit against the company claiming he lost his job “for being a whistleblower,” according to the Times.  CBS News reported that Thurlbeck also defended himself from charges of phone hacking.

In late August, former News of the World private investigator Glenn Mulcaire named those who ordered phone hacking, as iMediaEthics previously wrote.  However, Mulcaire’s letter was to attorneys and currently isn’t public.

Will Public know Who Hacked Phones?