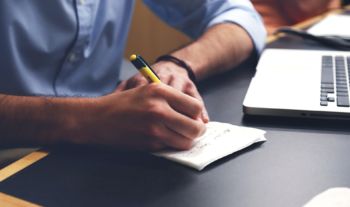 A woman denied giving any quotes to a UK Mail Online reporter, but the newspaper reported that she did. Even though the woman complained to the press regulator to say she never gave an interview and only said no comment, because the Mail‘s reporter provided notes supporting its alleged interview, the regulator rejected the complaint.

The woman, Toma Adomaityte, complained to the Independent Press Standards Organisation over the Feb. 2019 article saying she understood “why some people are angry” her husband was representing a woman who married a member of ISIS in Syria and wanted to return to the UK. The article also said it was a “difficult time” and “people don’t really understand what’s going on.”

“Notwithstanding that this account was disputed, where the publication was able to provide contemporaneous support for the quotations attributed to the complainant, there was no failure to take care over the accuracy of the article on this point, and the Committee did not find that the quotations attributed to the complainant were inaccurate,” IPSO ruled.

Adomaityte, however, said she only told the reporter “I am fine” and confirmed her marital status, but declined to comment on any other questions. As evidence, she pointed IPSO to her call logs, noting she was on the phone when the reporter approached her and the people she spoke with on the phone could confirm her no comment. Adomaityte was also upset about being contacted by the reporter, saying she felt harassed, and by the Mail publishing a photo of her house, which she thought was invasive.

The Mail denied Adomaityte’s timeline and whether she was on the phone, but ultimately the fact that it had its reporter’s notes from the alleged interview and a follow-up e-mail from the reporter to his editor, were enough to get the complaint thrown out. The Mail also denied it harassed Adomaityte, saying the reporter left when she said she didn’t want to comment further and only came back to fact check her marital status and name. The Mail further argued a photo of a house isn’t private.

iMediaEthics has written to the Mail and Adomaityte’s husband seeking more information.