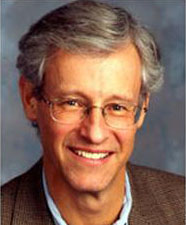 Writers for both Daily Finance and the Women’s Media Center both wonder about the lack of diversity the New York Times has shown in its choice of public editors. The Center’s Web site describes it as a “non-profit progressive women’s media organization by writers/activists” to make “women visible and powerful in the media.”

Becca Stanger wrote June 23 on the Women’s Media Center Web site about the appointment of Arthur Brisbane as the Times‘s fourth public editor.

The public editor serves as a representative for the readers to the newspaper, and works independently of the newspaper.

She wrote that “Although the public editor is theoretically supposed to represent the diverse population of Times readers, only white, middle-aged men have served as Times public editors to date.  With this repeated failure to include diversity in this crucial position, the New York Times fails to accurately reflect the wide representative population served by the position, including women.”

Stanger wrote that The New York Times’ executive editor,  Bill Keller, said that “the pool of candidates we considered was large and very diverse” but that Brisbane was “the strongest candidate.”

Stanger referenced Jeff Bercovici’s June 21 article on Daily Finance which bluntly described Brisbane as just “another white dude.”
Bercovici wrote that while the Times has a diverse readership and employee base, the public editors so far “have only come in one flavor: white, middle-aged men.”

StinkyJournalism has written to the Women’s Media Center for more information about the organization and will update with any information.