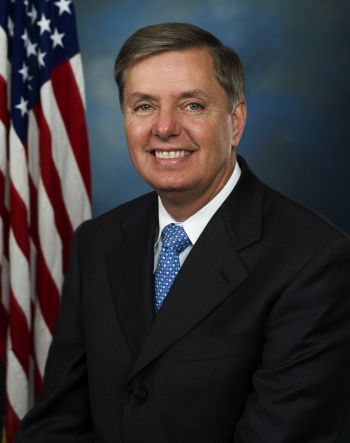 Yahoo News omitted context in a tweet about Sen. Lindsey Graham. That tweet was deleted and a few hours later, Yahoo News tweeted, “We deleted a tweet that did not accurately reflect the context of Lindsey Graham’s quote in the below video clip.”

The Yahoo News tweet was about Graham’s comments regarding Pres. Trump’s comments about Dr. Christine Blasey Ford, who accused Supreme Court nominee Brett Kavanaugh of sexual assault. Yahoo News tweeted that Graham said, “Everything he said was factual…this is what you get when you go through a trailer park with a $100 bill.”

However, Graham was invoking comments by former President Bill Clinton’s adviser James Carville, who said after Paula Jones accused Clinton of sexual harassment, “If you drag a hundred-dollar bill through a trailer park, you never know what you’ll find.”

In an e-mail to iMediaEthics, Graham’s communications director Kevin Bishop said, “We didn’t get a chance to lodge a complaint. Others immediately took up the issue and pointed out their error.”

As the Washington Post explained, “The fuller context of Graham’s conversation with [the interviewer, the Atlantic’s Jeffrey] Goldberg makes it clear that he wasn’t disparaging Ford but, instead, was making repeated reference to the allegations Clinton faced two decades ago.”

The Post published more context around the remark by Graham showing he was in fact referencing Carville.

GRAHAM: Well, you know — you know, here’s what’s personally degrading: “Here’s what you get when you go through a trailer park with a $100 bill.” See, this is not the first time this has happened.

GOLDBERG: That’s actually a reference to something somebody said.

GRAHAM: James Carville. See, most of you all are too young to remember this. The bottom line is, I know what can happen to a woman who comes forward in a political environment.

We deleted a tweet that did not accurately reflect the context of Lindsey Graham’s quote in the below video clip. pic.twitter.com/U5ihRhiP27