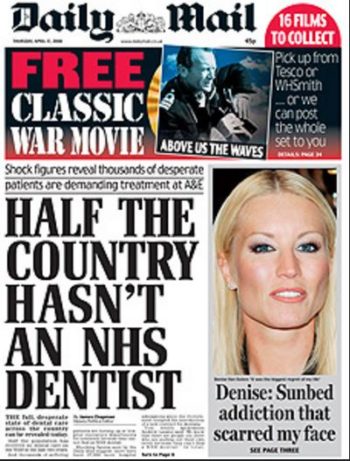 The Independent Press Standards Organisation has published annual statements reviewing complaints and issues from the publications it regulates. iMediaEthics is reviewing some of the major publishers’ statements to learn more about the complaints filed against them during 2015.

iMediaEthics asked the Mail what steps it will take to prevent errors given that 272 of the 343 complaints involved accuracy but haven’t heard back yet.

The year round-up says that the Associated Newspapers’ publications all have “regular corrections and clarifications columns, normally on page two” of the print edition and online.

“We employ a Readers’ Editor, a qualified lawyer who is not a member of our editorial staff, to assess and, where possible, resolve complaints to our newspapers,” Associated Newspapers said. “We operate an automated complaints management system to ensure all complainants have access to the Editors’ Code and assistance in making a complaint, and complaints are logged, acknowledged and outcomes recorded.”

Usually readers complain to IPSO first, Associated Newspapers’ report states, although some go to the reader’s editor, file corrections requests or contact the individual newspaper otherwise. The Readers’ Editor handles any complaints against the Daily Mail or Metro but managing editors handle complaints about online articles.

It takes an average of “14.2 working days” for Associated Newspapers to resolve any complaints, which it said was “an enormous improvement on the [IPSO predecessor] PCC’s last published average of 49 working days.”

The company says it has hosted seminars to teach staff about IPSO’s standards, statistics, privacy, public interest and other issues.

Associated Newspapers specifically laid out how it has responded to some of the complaints against it, which included talking to journalists who made the errors and posting corrections when necessary,

Most of the complaints related to accuracy. See below how Associated Newspapers broke down complaints: 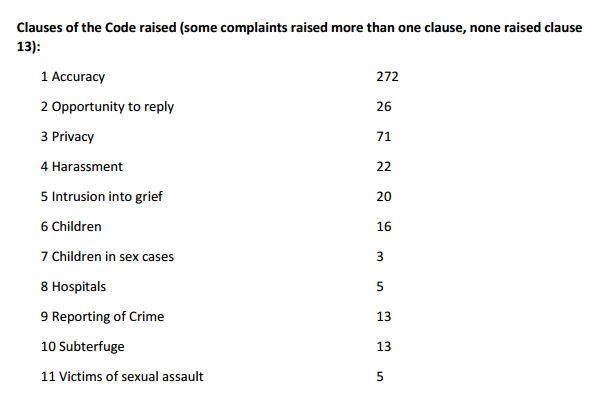 Associated Newspapers also broke down how it responded to complaints that needed further action. 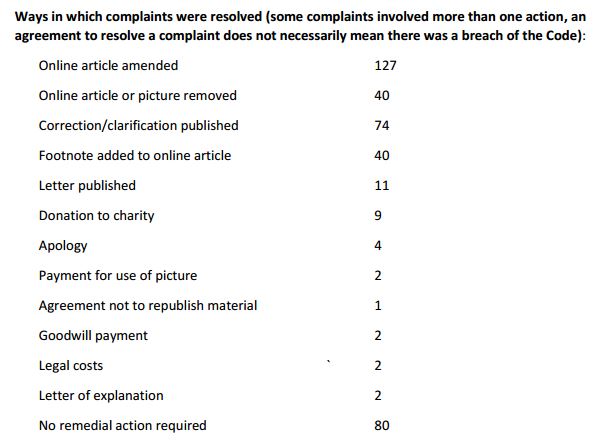