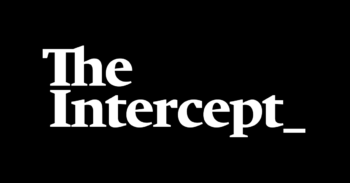 The Intercept posted a significant correction in a March 26 story, “ICE uses Facebook data to find and track suspects, internal emails show.” The article reports that the U.S. Immigration and Customs Enforcement (ICE) “uses backend Facebook data to locate and track suspects, according to a string of emails and documents obtained by The Intercept through a public records request.”

The Intercept is a news site that was created by Glenn Greenwald, Laura Poitras and Jeremy Scahill in 2013.

But, The Intercept‘s correction makes a point to say that the errors weren’t made by reporter Lee Fang, but rather introduced by an editor. Those errors included a botched headline and the inaccurate claim ICE targeted an immigrant for immigration violations.

The original inaccurate headline was “ICE Uses Facebook Data To Find And Track Immigrants, Internal Emails Show,” according to a republication of the article on Uproxx.com.

In addition to its correction, the Intercept provided iMediaEthics with the following statement from editor-in-chief Betsy Reed, which explained:

“We discovered the problems with the story a few hours after it was published, and we corrected it promptly. Although we don’t typically identify the editor of a story, we felt that transparency here would be helpful, and our DC Bureau Chief Ryan Grim wanted to acknowledge his responsibility for the mistakes. We also wanted to emphasize that the errors were not Lee Fang’s fault in any way. Lee is a stellar reporter and he bears no responsibility for what happened here.”

“Due to errors by editor Ryan Grim, this story and its headline originally reported that the investigation referred to in the ICE emails targeted an immigrant. The story as filed did not include those errors, or any others. The documents reported on in the story do not establish that the target of the investigation was an immigrant or that the individual was being pursued for immigration violations. The target of the investigation was, according to the documents, based in the New York metropolitan area, while several of the ICE agents on the emails were based in New Mexico. Additionally, this story has been updated to include a comment from Facebook.”

Grim, the Intercept editor, tweeted to confirm he made the errors, writing “This was not shoddy journalism by Lee, it was an error that I edited into his story. He filed the story accurately and I mistakenly added immigrant to the top of the story. He is on vacation now so couldn’t read it over. It was 100% on me, not on Lee.”

He continued, “This wasn’t Lee’s correction, it’s mine. He’s on vacation and when editing the story I changed suspect to immigrant, which was a mistake on my part, not his. Lee accurately reported that ICE uses Facebook data to track suspects.”

In an e-mail to iMediaEthics he wrote, “I would just add that Lee is a very careful and diligent reporter and I feel terrible he’s taking heat for a mistake I made.”

iMediaEthics wrote to Fang but, as per Grim’s tweets, Fang is out of the office on vacation.

Just so folks are aware, this is correct and Lee had this right in his original file. I mistakenly edited suspect to immigrant when re-writing the top of the piece and the hed. My error, not his, which distracts from Lee’s scoop that ICE does use Facebook data to track suspects

This wasn’t Lee’s correction, it’s mine. He’s on vacation and when editing the story I changed suspect to immigrant, which was a mistake on my part, not his. Lee accurately reported that ICE uses Facebook data to track suspects.