4 Corrections from the Fall: NYT reviewer Watches Show out of Order, Retracting a Retraction & 'Sorry I tased you' cake - iMediaEthics

4 Corrections from the Fall: NYT reviewer Watches Show out of Order, Retracting a Retraction & ‘Sorry I tased you’ cake 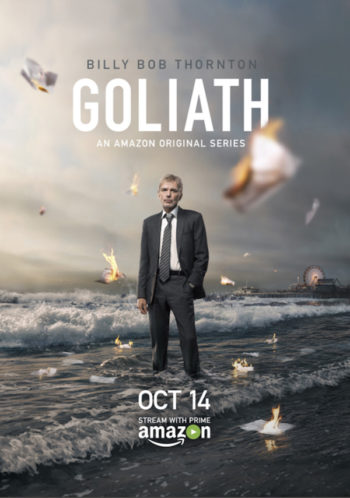 The New York Times criticized Goliath for its plot sequencing but it turned out the reviewer watched the show out of order. (Credit: IMDB)

From time to time, iMediaEthics rounds up amusing corrections. Here are some of the most recent corrections we want to share:

1. The New York Times‘ television critic criticized the Billy Bob Thornton Amazon show Goliath because its plot structure seemed to be out of place. But it turns out the critic was the one out of place.

An Oct. 18 correction to the Times review acknowledged that its reviewer “mistakenly watched the first two episodes out of order,” the Guardian reported. The Times correction reads:

“A television review on Friday about the new Amazon series ‘Goliath’ included an inaccurate discussion of the show’s plot structure. The critic mistakenly watched the first two episodes out of order.”

According to the Wayback Machine, the original article criticized the show’s “needlessly complicated structure of the initial episodes,” claiming that the second episode “jumps back in time to fill in the history of the case,” when in fact the reviewer watched the episodes backwards.

2. Here’s another one from the newspaper of record: The New York Times misidentified the name and breed of a dog in an article mentioning a Brooklyn bar. The late September meta-correction reads:

“An article in some editions last Sunday about bars where dogs are still welcome inside in violation of New York City’s health code misidentified the breed of a dog visiting a bar in Park Slope, Brooklyn. He is a yellow Labrador, not a golden retriever. The article also omitted part of the dog’s name. He is Captain William Trigger of Ludlow, not Captain Trigger of Ludlow.”

3. The Associated Press’s correction on a story about a former Florida sheriff’s deputy and a cake decorated to read “Sorry I Tased You.” The correction reads:

“In a story Sept. 29 about a former Florida sheriff’s deputy accused of using a stun gun on a woman, The Associated Press reported erroneously details about a cake reading “Sorry I Tased You.” The woman’s attorney says the deputy sent a photo of the cake, made by someone else, to the woman; the deputy did not bake the cake himself, as stated in the lawsuit.”

4. The Journal of Human Reproduction retracted a retraction, Inside Higher Ed reported. The retraction from editor-in-chief Dr. Madhuri Patil reads:

4 Corrections from the Fall: NYT reviewer Watches Show out of Order, Retracting a Retraction & ‘Sorry I tased you’ cake