How 4 News Outlets Recommend Reporting on the Alt-Right: Roundup - iMediaEthics

How 4 News Outlets Recommend Reporting on the Alt-Right: Roundup 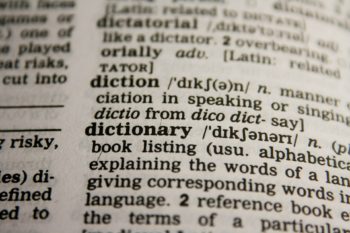 In the past week, several news outlets — the Toronto Star, the Globe and Mail, the Canadian Press and the New York Times–have released guidance on reporting on the so-called “alt-right”.

As iMediaEthics previously reported, the Associated Press issued guidance Nov. 29, advising journalists to use “alt-right” in quotes and most importantly include a description or explanation for readers, such as “a white nationalist movement.”

In a Dec. 2 column, “‘Alt-right’? No, call it racism,” Toronto Star public editor Kathy English wrote that the Star gave its staff advice on reporting on the alt-right and describing the alt-right. “With all that’s at stake here, journalists must not rely on euphemistic words that gloss over racism and hate,” English wrote.

English got straight to the point: “To be clear: the so-called alt-right stands for white supremacy. By any definition, that is racism.”

The Star‘s guidance is below, and similar to the Associated Press’s:

“Avoid using alt-right generically. We should strive to be accurate and precise, and at least for now, the term ‘alt-right.’ is neither. Terms like ‘white nationalist’ or ‘white supremacist’ are known, accurate and much clearer to readers.”

“If you use the term alt-right, define it. Phrasing like ‘the ‘alt-right,’ a white nationalist movement’ is appropriate.”

The Globe and Mail‘s public editor Sylvia Stead reported Nov. 30 that the newspaper intends to “avoid” the term the alt-right, which she noted is “Orwellian Newspeak.”

“The term alt-right refers to a collection of groups or individuals espousing racist, fascist or white-supremacist ideologies. We should avoid this term as much as possible. If we must use it, in a quote, for example, we should provide a definition of the term.”

The Canadian Press, a wire service, said Nov. 29 that alt-right should be “sparingly” used, Canadian journalism site J-Source reported. References to the term alt-right must include “modifiers (‘self-proclaimed,’ ‘so-called’) and include description in copy: ‘a U.S.-based white nationalist movement’ or, if space permits, ‘a U.S.-based offshoot of conservatism that combines elements of racism, white nationalism and populism.'”

The New York Times‘ standards editor Phil Corbett also issued a memo about alt-right, recommending it be described as a “racist, far-right fringe movement that embraces an ideology of white nationalism and is anti-immigrant, anti-Semitic and anti-feminist,” Politico reported.

How 4 News Outlets Recommend Reporting on the Alt-Right: Roundup