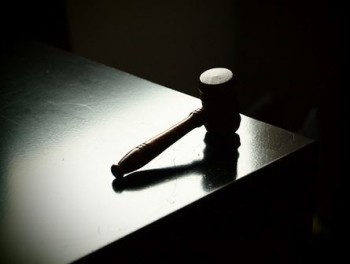 Notorious serial fabricator Stephen Glass, who faked numerous stories for the New Republic in the 1990s, isn’t rehabilitated, according to California’s Supreme Court ruling this week. As a result of the ruling, Glass can not practice law in California. He had previously been denied a law license in New York.

Glass, now 41, graduated from Georgetown Law School and works as a paralegal in California. He had previously tried to pass the New York State bar and then the California bar back in 2009. The Los Angeles Times reported: “The California bar found him morally unfit in 2009, but he won an appeal after a confidential, 10-day trial in which colleagues, friends, employers and his psychiatrists testified. Bar examiners then asked the California Supreme Court to deny him a license.”

The court ruling frequently mentioned Glass’s past ethical breaches as a journalist in the 1990s.

The court listed numerous witnesses for Glass’s case, including employers, friends and psychiatrists. The witnesses described Glass’s conduct and offered information regarding whether Glass had the “moral fitness to practice law,” according to the ruling, which was published by NPR station KQED.

“Dr. Friedman reported that he would be astonished if Glass committed misconduct as he had in the past, both because of the growth of character and moral sense the doctor had observed, but also because of a strong instinct to protect himself from the traumatic results or his prior misconduct. He reported that Glass had no sociopathic personality traits.”

Ultimately, the court ruled against him and said that Glass “failed to carry his heavy burden of establishing his rehabilitation and current fitness.”

Below, see four reasons why the court rejected Glass.

1. Glass covered up his fabrications & didn’t help fix his mess

The Supreme Court ruling noted that Glass “carefully fabricated supporting materials” to cover up his deception in the 1990s and didn’t help the New Republic or other outlets find out all of his journalistic lies “until the California State Bar moral character proceedings.”

Further, the court reminded that “Glass’s journalistic dishonesty was not a single lapse of judgment, which we have sometimes excused, but involved significant deceit sustained unremittingly for a period of years.”

Also, Glass told the New York Bar that he helped his former publishers fix his messes. But, the  California Bar concluded that “he exaggerated his level of assistance to the magazines that had published his fabrications.”

Glass’ fake work as a journalist wasn’t just fake, it was mean. Articles “reflected negatively on individuals, political groups, and ethnic minorities,” the ruling stated. For example, one of Glass’s fabricated stories had an African-American limo driver speaking negatively about Indians, and a Middle Eastern taxi driver who didn’t want to pick up an African-American, who then allegedly robbed him at knifepoint. Another article by Glass claimed a customer service person called him “an anti-Semitic slur,” after which Glass complained to the Anti-Defamation League about the company. (The company wasn’t named in the ruling, but was named in his article.)

“Glass’s deceit also was motivated by professional ambition, betrayed a vicious, mean spirit and a complete lack of compassion for others, along with arrogance and prejudice against various ethnic groups. In all these respects, his misconduct bore directly on his character in matters that are critical to the practice of law,” the ruling stated.

3. Court said Glass wasn’t really rehabilitated and was just trying to help himself

Despite Glass’ “lengthy course of psychotherapy…and other evidence,” the court concluded that he was just looking out for himself. Glass was “advancing his own well-being rather than returning something to the community,” the court ruling said.

Because Glass hadn’t shown “truly exemplary conduct,” the court decided “he has not sustained his heavy burden of demonstrating rehabilitation and fitness for the practice of law.”

4. Glass was trying to become a lawyer while he was faking stories for the New Republic

The fact that Glass was trying to become a lawyer while he was faking and covering up stories was “reprehensible,” the court said. Glass took night classes in the 1990s at Georgetown Law School while he was working at the New Republic.

“Our review of the record indicates hypocrisy and evasiveness in Glass’s testimony at the California State Bar hearing as well,” the court ruled.