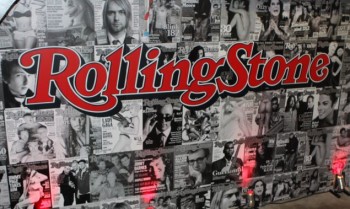 Rolling Stone is paying the University of Virginia’s Phi Kappa Psi chapter about $1.65 million to settle the chapter’s libel lawsuit against the magazine over its debunked “Rape on Campus” story. Brian Ellis, spokesperson for the chapter, confirmed the $1.65 million amount with iMediaEthics.

This is the third and final libel lawsuit that was filed over the now-retracted 2014 story.  Rolling Stone apologized for and eventually retracted its Nov. 19, 2014 story, “A Rape on Campus.” The story by Sabrina Rubin Erderly described the alleged gang rape of student “Jackie” by seven members of University of Virginia’s Phi Kappa Psi fraternity.  Rolling Stone admitted it never contacted the alleged rapists, and a police investigation later found no “evidence” of the alleged gang rape.

In a press release statement sent to iMediaEthics, the chapter said it plans to donate some of the money from the settlement.  The statement reads in full:

“The Virginia Alpha Chapter of Phi Kappa Psi fraternity  has agreed to settle and dismiss its defamation lawsuit against Rolling Stone and Sabrina Erdely arising from the magazine’s publication of the November, 2014 article A Rape on Campus: A Brutal Assault and Struggle for Justice at UVA.  It has been nearly three years since we and the entire University of Virginia community were shocked by the now infamous article, and we are pleased to be able to close the book on that trying ordeal and its aftermath.  The chapter looks forward to donating a significant portion of its settlement proceeds to organizations that provide sexual assault awareness education, prevention training and victim counseling services on college campuses.  Individual members of the chapter will not conduct media interviews at this time.”

iMediaEthics has contacted Rolling Stone to ask if it has to publish an apology in conjunction with the settlement.