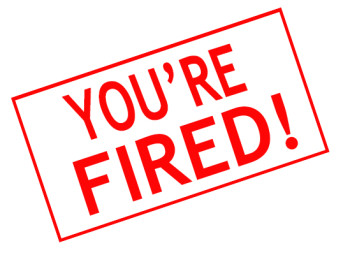 BuzzFeed fired one of its editors, Benny Johnson, after finding 41 cases of plagiarism in his articles.

Smith said BuzzFeed reviewed “more than 500 of Benny’s posts” after readers noticed Johnson, the Viral Politics editor, had been taking content without attribution from other sites.

At first BuzzFeed responded by standing by Johnson and adding corrections to the articles acknowldging they originally had improper attribution.

“We owe you, our readers, an apology. This plagiarism is a breach of our fundamental responsibility to be honest with you — in this case, about who wrote the words on our site. Plagiarism, much less copying unchecked facts from Wikipedia or other sources, is an act of disrespect to the reader. We are deeply embarrassed and sorry to have misled you.”

BuzzFeed’s Smith accepted responsibility for the lapse and listed all 41 articles contained plagiarism. He added that BuzzFeed removed the plagiarism from the articles and posted editor’s notes explaining the changes.

“This post has been corrected to remove phrasing that was copied from the site Baby Said What, from which the structure of the list was also copied.

In a memo to BuzzFeed staff from Smith, published by Gawker, Smith further explained the firing of Johnson.

“This pattern is not a minor slip,” Smith wrote. “This is a breach of faith with our readers; a violation of a basic rule of writing; and the reflection of an unserious attitude to our work that is wildly out of line with both our standards and our ambition.”

Interestingly, the Washington Post noted, earlier this week, Johnson tweeted about plagiarism himself.

Repeat after me: Copying and pasting someone’s work is called “plagiarism” http://t.co/0Ik1dPXq1O

To the writers who were not properly attributed and anyone who ever read my byline, I am sincerely sorry. http://t.co/WpkZIi4g9k