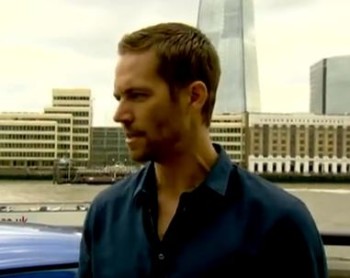 Fast & Furious star Paul Walker was killed in a car crash last weekend. Since his death, at least two hoax social media accounts have tricked the media – one posing as Walker’s co-star Vin Diesel and one as Walker’s teenaged daughter Meadow Walker.

A fake Instagram titled “therealvindiesel” posted a photo of Diesel and Walker with a caption about Walker’s death. News outlets including the Associated Press and Time reported on that post as if it were real. Media bistro’s PR Newser spotted that that Instagram page and the Twitter account therealvindeseal “have been suspended for, you know, impersonating a famous person.” At least four news outlets were tricked — the AP, Time, the UK Metro and the UK Mirror.

Gossip Cop reported that “A rep for Diesel confirms to Gossip Cop that the Facebook post above is the star’s only statement about Walker, and that all the others are imposters.”

The AP has issued a correction, Poynter noted. The Dec. 3 correction reads:

“In a Dec. 1 obituary for Paul Walker, The Associated Press reported erroneously that Walker’s ‘Fast & Furious’ co-star Vin Diesel reacted to Walker’s death in a message on Instagram. The account that was quoted is a fake and does not represent Diesel, said his publicist. Diesel has since posted a message on his Facebook page, verified by the publicist, honoring Walker ‘as the brother you were, on and off screen.'”

Likewise, the UK Metro cited the Instagram post in a report on Walker’s death, as did MTV.com.

The UK Mirror quoted from a fake Diesel Twitter account @REAL_VinDiesel, which posted the same message as the fake Instagram account. But, the Mirror article has since been deleted without any explanation. A Google cache shows that the Mirror wrote of Diesel:

iMediaEthics has written to the Mirror for a correction.

A fake Facebook page posing as Meadow Walker also circulated.TMZ reported that Walker’s representatives called for Facebook to take down a fake Meadow Walker profile. Gossip Cop quoted Walker’s publicist Ame Van Iden confirming that account was fake. “Sadly, there’s also numerous people creating fake social media profiles claiming to be Meadow,” Van Iden said. “We would like everyone to know that Meadow does not currently have any public profiles and is not currently active on social media. We ask that her privacy be respected at this time.” At least three outlets were duped — KRON4, Christian Post and the Daily Mail.

Bay Area TV news KRON4 quoted from the fake Facebook page, but its story, “Paul Walker’s Daughter: ‘R.I.P. Dad!'” has since been deleted.

The Daily Mail was also hoaxed but tried to cover it up.  A Daily Mail story was originally headlined,” Paul Walker’s long-term girlfriend ‘broken up’ over star’s tragic death as teenage daughter called him her ‘REAL life hero’ in Facebook tribute.”

But the story’s headline has been changed to: “EXCLUSIVE: Paul Walker’s student girlfriend, 23, ‘broken up’ over star’s tragic death as daughter struggles to cope with ‘horrible’ news.”

While the story now reports that the Meadow Walker Facebook account is fake, it doesn’t acknowledge it was hoaxed. The Mail article reads now:

“Meanwhile, a fake Facebook page purporting to belong to Meadow Walker was shut down today. Walker’s reps contacted Facebook directly. On the page, the imposter paid tribute to Walker, calling him her ‘real life hero’.”

But, the Daily Mail couldn’t cover all of its tracks. NJ Newsday republished an earlier version of that Daily Mail story. It proves the Mail was tricked because the story originally read:

“Writing on Facebook Meadow Rain, Walker’s 15-year-old daughter, paid tribute to her father.  She wrote: ‘When I was little he taught me to walk, taught me to smile, and taught me to never give up.

“‘I loved him even before I knew what love was. He was my hero. My REAL life hero! He will always be in my heart! It brings tears to my eyes as I write this. You’re gone, but not forgotten! R.I.P Dad!'”

It also used this photo caption to accompany an image from Facebook. “My REAL life hero!’ Paul Walker’s daughter Meadow has left a touching tribute on Facebook to her father who died on Saturday”

The Daily Mail story doesn’t disclose that it was originally hoaxed. We’ve asked for a transparent correction.