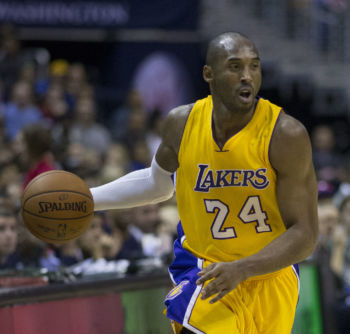 Shortly after the news circulated that Kobe Bryant was on the helicopter that crashed in Calabasas, California, Sunday, ABC News broke into reports with a special report. Reporter Matt Gutman didn’t just report Bryant’s death, though, and suggested all four of Bryant’s daughters were on the helicopter, shocking viewers.

He said: “The fact that four of his children are believed to be on that helicopter with him, all daughters, one of them a newborn…”

Sadly, one of Bryant’s daughters, Gianna, was on the helicopter, but the ABC News report that all four daughters were on board was wrong.

“Earlier I reported that it was believed that four of Kobe’s children were on that flight. That is incorrect. Unfortunately this is a horrible tragedy and one of his daughters was on the helicopter at the time. Obviously they’re still working this investigation – the NTSB is coming, the FAA is already on scene. The coroner is going to make the final determination of who exactly was on that plane but again, I apologize for those remarks earlier about Kobe’s family on that helicopter.”