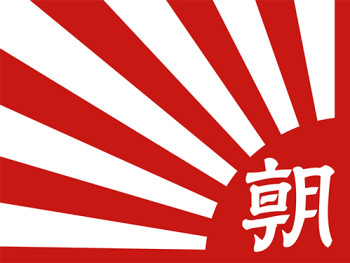 “He is now working on inviting other public editors from outside” to be part of the team of public editors, Okamoto told iMediaEthics. “Mr. Nakamura, who used to be our staff writer for the political news department as well as the international news editor, was Director Advertising Division in Tokyo until January,” Okamoto told iMediaEthics by e-mail.

First, the newspaper retracted claims from writer Seiji Yoshida. In at least 16 stories since 1982, the paper published Yoshida’s claims of helping kidnap 200 women during World War II to be “comfort women” working in brothels.

Next, the paper admitted it published a false story saying workers at the Fukushima nuclear plant disobeyed orders and fled the plant, as iMediaEthics reported.

As a result of all of those debacles, earlier this year, the paper announced it would start a public editor role for reader complaints and reactions.

“Our public editors will comprehensively put together opinions and complaints raised about our articles by those outside of The Asahi Shimbun so as to have them reflected in news coverage,” Okamoto explained. “Public editors could also express their own views over our articles on our paper and website.”

Okamoto said the paper decided it had to hire public editors because of the three big scandals last year. “We are deeply taking to heart the criticism that we lacked humility toward facts and truth and held an insufficient posture of lending an ear to criticism from society,” Okamoto wrote.

In addition to the new public editors, Okamoto said it is “creating a “forum section” that will publish a variety of opinions,” and publishing all of its corrections in one place in its newspaper.

Okamoto noted that the paper “dissolved” its Committee for Restoration of Trust and Resuscitation in January after it helped create an “Action Plan” with the Asahi Shimbun‘s president to help regain readers’ trust.