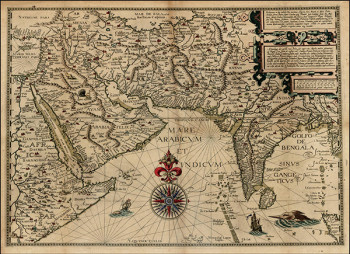 India’s government is suspending Al Jazeera for five days as a penalty for an error — showing the wrong map of India, Pakistan’s Express Tribune reported.

India’s Information and Broadcasting Ministry suspended Al Jazeera April 22 to 27 for showing the wrong map in 2013 and 2014. Specifically, the ministry said that Al Jazeera’s error broke the program code.

The maps used by Al Jazeera failed to include parts of India within its boundaries.

The country’s Interminsterial Committee reviewed the map errors and said the error was “cartographic aggression.” The committee called for the ministry to issue a “deterrent punishment for its misdemeanour,” according to the New Indian Express.

According to the AFP, when the channel was suspended, viewers in India saw a blue screen with the notice “as instructed by the ministry of information and broadcasting, this channel will not be available.”

The wrong maps were shown 12 times between 2013 and 2014, the New Indian Express reported.

Al Jazeera said it got the maps from “internationally-known software used by global news providers.”

iMediaEthics has written to the ministry and Al Jazeera for comment. We’ll update with any responses.