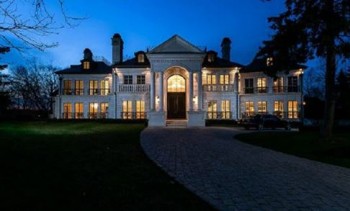 The Star had another photography controversy recently. This altered image was used to illustrate a news article about an auction without disclosing it was a marketing photo. (Credit: Robert Holowka)

The Toronto Star’s public editor Kathy English used her Friday column to address this week’s announcement from the Associated Press that it axed a freelancer for doctoring a photo.  As iMediaEthics wrote Wednesday, the freelancer Narciso Contreras was fired after the AP found out he doctored a 2013 photo from Syria to remove a camera.

Noting that the Star never published Contreras’ photo in question, English praised the AP’s “transparency and accountability” in responding to the incident.

English also quoted the Star‘s visuals editor about the Star‘s photojournalism standards. The editor, Taras Slawnych said: “The Star would never do that to a news photo…The integrity of photos has to be there. If you cross that ethical line and alter what’s real in an image you lose credibility.”

For her own part, English cited the Star‘s ethics policy, which bans “any alteration or enhancement that renders a photo inaccurate or misleading” for news stories.