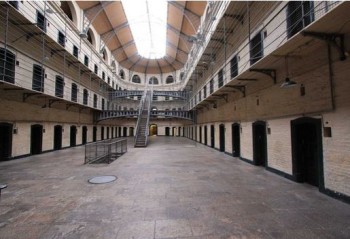 Andy Coulson is out of jail.

The former News of the World editor was sentenced to 18 months in jail this summer for phone hacking. But, he was released after only a handful of months to house arrest, or home detention curfew, the Guardian reported.

But he is not in the clear legally still. He is charged with perjury related to his testimony in a 2010 trial. He also will be re-tried for claims of paying police officers for information, as iMediaEthics has written.

iMediaEthics has reached out to Coulson’s lawyers and the UK Crown Prosecution Service for comment.

Coulson’s lawyers told iMediaEthics by e-mail that they had no comment.

The Crown Prosecution Service said: “We understand that Coulson’s Scottish trial will now commence in April. Any English trial would then follow this, so we would expect a June/July trial at the earliest.”