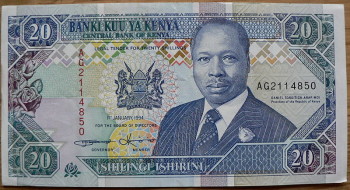 Did Kenya’s The Nation ask police to pay journalists to cover up a bribery story? No, public editor Peter Mwaura says! But in an unusual complaint Mwaura highlighted, that was alleged.

However, when Mwaura investigated it turned out the man identifying himself as a Nation cameraman was just a freelancer, who has since been fired, and was helping another media outlet’s cameraman get the money from the police.

“The man turned out to be a freelance photographer who also supplied photographs and video clips to other media houses,” Mwaura said.

According to Mwaura, traffic police officers complained that a Nation cameraman photographed them taking bribes and then asked for a bribe of his own in order to squash the story.  “It was an interesting complaint because the officers were calling, not to deny that they were collecting bribes, but to complain that it was unethical for a journalist to ask for money so as to stop the publication of a story,” Mwaura said.

The policemen even said they tried to negotiate down the price of the bribe and ending up paying the cameraman around $200 U.S.  “As officers, when the allegations and demand for money to stop publication of the news item were made, we asked the cameraman to negotiate with the editors since the sum they were demanding was too high,” the police told Mwaura, he said.

At first a Nation editor suspected the police were trying to shut down the alleged bribery story by turning the tables and accusing a journalist of bribery, Mwaura wrote.

“There was a video clip of traffic officers caught on camera receiving bribes. But the picture was taken by another cameraman from another media house,” Mwaura explained. “The role of the freelancer was to help the police send the cash to the other cameraman, who was based in Nakuru and who allegedly solicited the money.”

Reminding readers of the Nation’s policies on bribery, Mwaura said “To ask for a bribe not to report a negative story is equally unethical and morally reprehensible. The Molo police, even though they might have taken bribes, were quite right to complain.”

The Nation even took out ads last year explaining its policy, Mwaura wrote. “We would like to emphasise that NMG editors, reporters, correspondents, and photographers are expressly barred from soliciting, accepting money or any form of payment or inducement for publication of news, opinion, or features.”

Mwaura, a former assistant editor and editor-in-chief for the paper and former Commissioner of the Complaints Commission of the Media Council of Kenya, was appointed last year. “He will operate independently and shall be the readers’ representative, handling complaints on accuracy, fairness, balance and ethical issues in news-gathering and presentation,” the paper said at the time.

iMediaEthics has written to Mwaura for more information about this incident. We wrote to the Kenyan police but our e-mail bounced back.