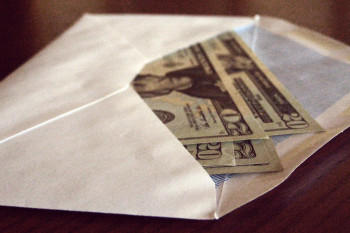 Two Sun journalists, Chris Pharo and Jamie Pyatt, were found not guilty this week of aiding and abetting misconduct in public office, the Guardian reported.

“It was the second time Pharo and Pyatt had been tried for the offence,” the Guardian noted. In January, a judge ordered a re-trial for Pharo and Pyatt, iMediaEthics wrote at the time, because the jury couldn’t agree on a verdict.

The police officer Pharo and Pyatt were accused of aiding and abetting, Simon Quinn, pleaded guilty to misconduct in public office and received 18 months in jail, Press Gazette reported.

Pyatt denied the charges, arguing the payments were in the public interest.

Pharo’s lawyer Nigel Rumfitt said in court there was a “monumental error of judgment in pursuing the case,” according to the Press Gazette and Guardian.

The Sun pointed iMediaEthics to today’s leader column on the verdicts.

The column called the investigation into the journalists a “politically-motivated witch hunt that has shamed Britain” and an attempt to “attack Press freedoms under the code-name Operation Elveden.”

Today’s Sun column on the verdicts.

After the verdict, the Crown Prosecution Service said according to the Press Gazette:

“It is right that a jury, rather than the CPS, decides whether a defendant is guilty or not.

“The CPS is duty-bound to prosecute cases which provide a realistic prospect of conviction and are in the public interest. This test is significantly different to that of a jury, which must only convict if they are assured of guilt beyond all reasonable doubt. The case was allowed by the judge to progress to a full trial and we respect the verdict of the jury today.

“This case in particular involved allegations of multiple payments to a corrupt public official in areas where the public should generally expect confidentiality.”

“Out of the 29 cases against journalists, only one, the Sun crime reporter Anthony France, has been convicted by a jury,” the Guardian reported, noting that France is appealing. “A second journalist, Dan Evans, who worked at the News of the World and the Sunday Mirror, pleaded guilty to an Elveden offence.”