Was Kristen Stewart Gay Story Fake? Actress’s Mom Says Mirror Made it Up 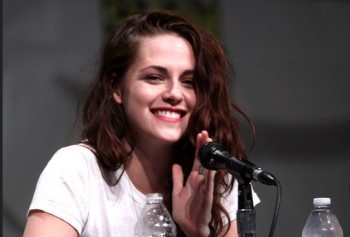 The Mirror published a June 13 story “Kristen Stewart forgets all about Robert Pattinson by finding love with a woman – and her mum is made up.” It quoted Jules Stewart as saying Kristen Stewart is gay and in a relationship with her assistant:

“What’s not to be accepting about her now having a girlfriend? She’s happy. She’s my daughter, I’m just her mom so she knows I would accept her choices.

“I’ve met Kristen’s new girlfriend, I like her. What’s not to accept? She’s a lovely girl.”

Also, Stewart is quoted as saying: “I accept my daughter loves women and men. It’s OK to be who you are in my world.”

But Stewart denies the quotes. She confirmed giving an interview to Us Weekly about her work but said she didn’t say anything about her daughter being in a relationship.

“I spoke to Sharon Feinstein about my film K-11 that has been put on display in the Hollywood Museum,” Stewart told US Weekly. “It’s currently there under the LGBT banner on the third floor. She also asked me about my views on gay rights, which I was happy to express. Then we talked briefly about the fundraiser I am hosting for TheWolfConnection.org. Never ever did we discuss Kristen!”

Stewart said she commented that her daughter’s assistant is “a lovely girl” but that was it.

In response, the Mirror‘s journalist Sharon Feinstein tweeted that she is going to upload audio recordings to support her report.

She ended up not doing so, indicating her publisher vetoed the idea, but she did issue a statement defending her reporting. Her statement reads:

“I am aware that Ms Jules Stewart has stated that her interview with me has been used out of context, that she never discussed her daughter or her daughter’s relationship. That is simply incorrect. I have reported the story as discussed and memorialized during our lengthy and cordial formal interview, which took place on Thursday 11th June. I am disappointed and saddened by her statements to the contrary This was a very positive story and one told by a loving parent. Any statements to the contrary are simply not supported and not true.”

blatantly deny it and call the journalists integrity into question

Was Kristen Stewart Gay Story Fake? Actress’s Mom Says Mirror Made it Up