Another Invasion of Privacy Lawsuit Win for Cheryl Cole's husband

Another Invasion of Privacy Lawsuit Win for Cheryl Cole’s husband 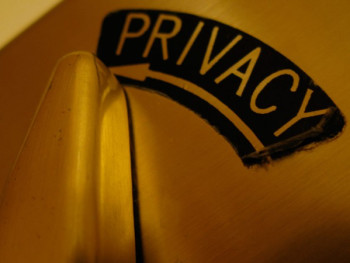 The article also “speculated about what happened prior to and during” Cole’s wedding to businessman Jean Bernard Fernandez-Versini, according to the Press Gazette.

On top of that, Heat never contacted him for comment or verification.

Heat‘s lawyer Tom Rudkin apologized in court for causing “upset.” In addition, Fernandez-Versini will get undisclosed damages and legal costs.

The Heat article on Fernandez-Versini was four pages long and published in August, ITV noted.

iMediaEthics searched Heat‘s website for Fernandez-Versini’s name. Only 13 results appeared, dating from Sept. 1 to Dec. 8, so either the article was never online or has been removed.

iMediaEthics asked Heat about this. Heat editor Jeremy Mark told iMediaEthics by e-mail: “Thank you for your enquiry, but we don’t comment on legal matters.”

Fernandez-Versini had sued Heat for invading his privacy with the article, pointing out he doesn’t seek media publicity. He previously won a lawsuit against Reveal magazine for invasion of privacy with its reporting on him since his marriage to Cole. In that case, Reveal published a three-page report about his childhood, family, finances and relationships, as iMediaEthics wrote in October.

Callum Galbraith, Fernandez-Versini’s solicitor, explained, according to the Press Gazette, that his client “has deliberately chosen not to court the media and has actively sought to avoid publicity for himself and his family, particularly since his marriage.” Fernandez-Versini married Cole in July.

Further, “he wishes to continue to be a private individual” and his marriage to Cole “does not mean his right to a private and family life can be ignored,” Galbraith said.

In 2012, Cole won an apology and damages from Now magazine after suing for libel, as iMediaEthics wrote at the time.

Another Invasion of Privacy Lawsuit Win for Cheryl Cole’s husband