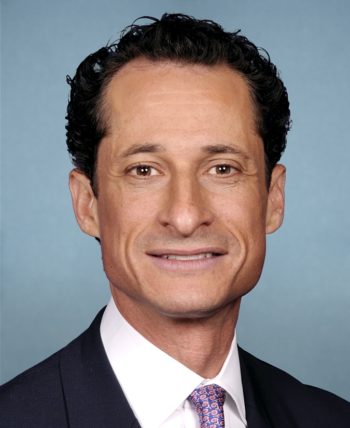 The New York Daily News and NY1 have dropped Anthony Weiner as a columnist after the New York Post published more sexting photos from the former congressman.

The Daily News opinion editor Josh Greenman told the Daily Beast it “won’t be running his columns in the future.” iMediaEthics has written to the Daily News for more information.

NY1, where he was a contributor and guest, put him on “indefinite leave,” the Daily Beast added. iMediaEthics has contacted NY1.

Weiner’s wife, Hillary Clinton aide Huma Abedin, announced Aug. 29 that she has separated from Weiner. “After long and painful consideration and work on my marriage, I have made the decision to separate from my husband. Anthony and I remain devoted to doing what is best for our son, who is the light of our life. During this difficult time, I ask for respect for our privacy.”

The New York Post‘s Aug. 29 front page showed Weiner’s sext photo of him in just his shorts lying next to his son. The headline? “Anthony Weiner sexted busty brunette while his son was in bed with him.“