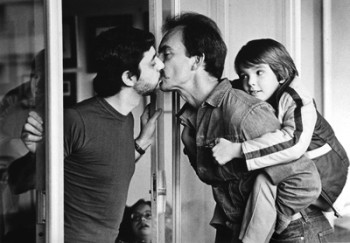 The hosts, Steve Harper and Leeana Karlson of WKJY 98.3, had published on their station’s website a fake RSVP to a girl’s party in Baldwin, Long Island, gay and lesbian magazine The Advocate reported.

The fake RSVP letter, see below, stated that the responding parent wouldn’t let her child “Tommy” go to the birthday party because the birthday girl’s parent were two gay men. It said in part: “I do not believe in what you do and will not subject my innocent son to your ‘lifestyle.’”

The radio station has since unpublished the fake RSVP, according to the New York Daily News.

The fake RSVP created by the radio hosts. (Credit: K98.3 via HuffPost, screenshot)

Harper and Karlson apologized Feb. 15 and accepted full responsibility in a statement on the station’s website, according to Reuters and Huffington Post. WKJY’s website was down when iMediaEthics went to it at 8 p.m.. A note on its website reads: “We are experiencing technical difficulties with our web provider.”

“We were attempting to spur a healthy discourse on a highly passionate topic, but we made a mistake by misleading our listeners into thinking that this specific situation actually existed.”

The two hosts added: “We deeply apologize for violating your trust, and we will work hard to regain that trust.”

The station also apologized for the hoax this morning on air, according to News 12 Long Island.

The station announced the suspension of the hosts’ program on Feb. 16 in a post on its Facebook page.  The statement admits that the birthday invitation was “completely fabricated independently by Steve and Leeana” and “without the knowledge of K-98.3 management or ownership.”

The station went on to say it completed an “internal investigation” into the fabrication and that it is meeting with “local community organizations” to discuss LGBT issues.

Dave Widmer, GM/Market Manager for the station’s parent company, Connoisseur Media, is quoted in the statement apologizing as well. He said, “I sincerely apologize for the actions of Steve and Leeana, their insensitivity to the hurt it may have caused anyone, and for the breach of trust these actions have caused.”

iMediaEthics has written to the station owner Connoisseur Media for more information and will update with any response.