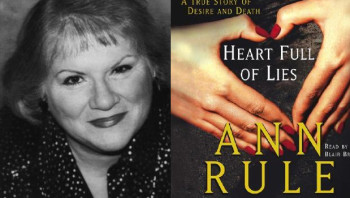 As iMediaEthics previously reported, Rule said Swart’s article defamed her. His article claimed Rule’s book had “a series of mistakes and false conclusions” about the subject of her book, Liysa Northon.

After Swart’s article was published, Seattle Weekly learned that Swart was engaged to Northon, a fact he concealed from the newspaper. Seattle Weekly then published an editor’s note disclosing the conflict of interest and a “half-dozen” details in the article “that are either incorrect or misleading.”

The Seattle PI reported that Swart’s lawyer, Chris Blattner, argued in court documents that Rule’s lawsuit was a SLAPP suit to “silence and punish” criticism of her book.

SLAPP (Strategic Lawsuit against Public Participation) lawsuits typically refer to “meritless” lawsuits are filed against someone with the intention to drag out the legal action over time and at a cost that the defendant might not be able to afford.

In response, Bremner denied that the lawsuit was a SLAPP case in court filing, according to the PI.  “The article is the textbook definition of a defamation-by-implication claim,” Rule’s lawyers wrote in court. “As a whole, the article calls Ann Rule a liar – a devastating blow to the credibility of a non-fiction author.”

Troy Sexton, Blattner’s co-counsel in representing Swart, e-mailed iMediaEthics a statement on the ruling in which he defended Swart’s article as accurate. The full statement reads:

“Mr. Swart is very pleased with the dismissal of Ms. Rule’s suit. Rule attempted to improperly use the courts to shut down an open and honest debate about the events surrounding a tragic crime. Mr. Swart was lucky that Washington (along with many other, but not all states) has an anti-SLAPP statute.  Such statutes encourage the media and others to engage in robust and open debate on issues of public concern without fear of being sued for their opinions or their true factual assertions.

“Ms. Rule may try to appeal the court’s decision, but we believe that effort will prove futile. Swart’s article was true, and the court’s opinion confirmed that Rule hadn’t proven otherwise.

“It’s ironic that Rule would seek to use the courts as a sword when she was in the same position as Mr. Swart regarding the same book several years ago, and prevailed under the same laws that Mr. Swart utilized.  The harm to Rule’s reputation, if any, was multiplied many times over by bringing this suit and encouraging more media attention on Mr. Swart’s critical article. It’s likely that this lawsuit was the first time that many people had even heard of the Seattle Weekly or that Mr. Swart had published an article critical of Rule’s book.  If she truly believed that she was harmed, prudence would have dictated that she let the matter rest. “

Seattle Weekly editor-in-chief Mark Baumgarten informed iMediaEthics by e-mail that it has no comment on the dismissal.

iMediaEthics has written to Rule’s lawyer for comment. We’ll update with any additional information.