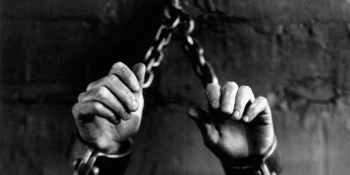 The Associated Press went above and beyond ethically when it reported on slave labor being used on the island Benjina, the University of Wisconsin’s Center for Journalism Ethics decided. The reporting led to “the freeing of 2,000 slave laborers used by the fishing industry in Southeast Asia,” the center explained in a press release sent to iMediaEthics.

The AP’s reporting, “Seafood from Slaves,” was named the winner of the center’s annual Anthony Shadid award for ethical journalism. The AP described its series as:

“Over the course of eighteen months, four journalists with The Associated Press tracked ships, located slaves and stalked refrigerated trucks to expose the abusive practices of the fishing industry in Southeast Asia.”

The significant ethical decision the AP made in its investigation was to fully protect its sources, who were at risk of death for speaking about the conditions. The center’s press release explained:

“While investigating an Asian ‘slave island’ that provides fish for the American market, AP reporters Martha Mendoza, Margie Mason, Robin McDowell and Esther Htusan realized that any slave who talked with them faced possible execution. The reporters and their editors decided to rescue their sources from the island before publishing the explosive story.”

Jack Mitchell, who chaired the judges panel, explained in a statement in the press release the extra steps the AP took: “The AP defied convention by taking responsibility for the welfare and safety of the slaves, who were willing to face death to tell their stories.”

Mitchell told iMediaEthics by e-mail “Neither I nor any of the other judges could recall any other example” when journalists rescued sources. “This was, indeed, an extraordinary step.”

“Personally, I was most impressed that they did not need to rescue the sources to get the story or the quotes,” Mitchell wrote, explaining that the AP’s sources were ready to face the consequences but the AP helped anyway.

” The ‘slaves’ were anxious to tell their stories regardless of the consequences.  The AP’s action, then, went beyond just getting a great story.  The AP staff acted as responsible human beings rather than as an impersonal news machine.”

The AP team will be given the award April 29 at the center’s annual ethics conference, which iMediaEthics wrote about previously. Other finalists also showed ethical choices in favor of privacy and source protection.

That “was not intentional but reflected the nature of the applications,” Mitchell told iMediaEthics, suggesting it was possibly because the center called for applications that focusing on “resolving conflicts between aggressively seeking truth while minimizing the harm that truth might cause.”

iMediaEthics has written to the AP to ask more about its decision and whether it has ever taken this type of step before.