Australian Man Sues Google over Search Results: 'I Am Not a Criminal' - iMediaEthics

Australian Man Sues Google over Search Results: ‘I Am Not a Criminal’ 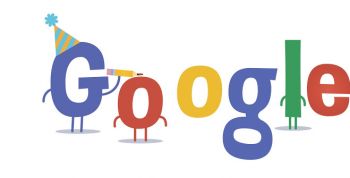 An Australian man, Milorad (Michael) Trkulja, is suing Google over search results that suggested he was linked to “the Melbourne criminal underworld.”

Trkulja has previously sued Yahoo and Google over search results. In 2012, he was awarded $200,000 Australian from Google and $225,000 from Yahoo, the Australian Financial Review reported.

The Australian High Court ruled that Trkulja’s case can move forward to the Victorian Supreme Court, after the Court of Appeal rejected it in 2016, saying Google had an “innocent dissemination defence.” iMediaEthics has written to Trkulja’s lawyer and Google for more information about the case.

Trkulja was shot and wounded in 2004 in Melbourne. “He wants to sue Google for defamation after discovering that searches for his name brought up images of mob figures due to the shooting coinciding with gangland activity in the city,” the Australian Broadcasting Corp. reported.

“I will sue Google … and I will sue them till they stop. I want them to block my pictures,” Trkulja said according to the Associated Press. “I’m not a criminal, I’ve never been involved and I will make sure these people are not going to ruin my family — I have grandchildren.”

Trkulja is also suing for what Google’s autocomplete suggests when you type in his name.  He says that when he has typed his name into Google search, Google prompts phrases like “former hit man,” criminal and underworld, according to News.com.au. (iMediaEthics receives results including his name with Australia and results related to his case.)

Australian Man Sues Google over Search Results: ‘I Am Not a Criminal’