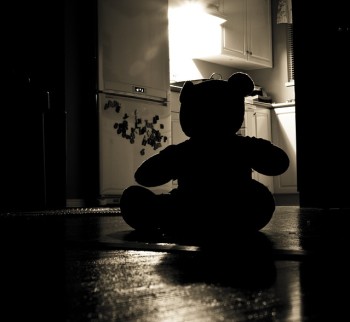 The Hamilton Spectator‘s editorial by publisher Richard Beks “commented on the punishment of two offenders in separate child abuse cases,” the press council explained- that of an 83-year-old “infirm priest living in a nursing home” who was found guilty of the “indecent assault of a nine year old girl” and that of a former teacher who was imprisoned for 18 months after assaulting a student.

The editorial claimed the priest’s suspended sentence “seemed pointless” and that the teacher’s actions were “merely touching an U16 girl’s breast and genitals” which was at the newspaper’s opinion, perhaps just “misguided curiosity.”

“You could argue that this was closer to a case of appalling manners than major crime,” the editorial said. See the April 25 editorial below. 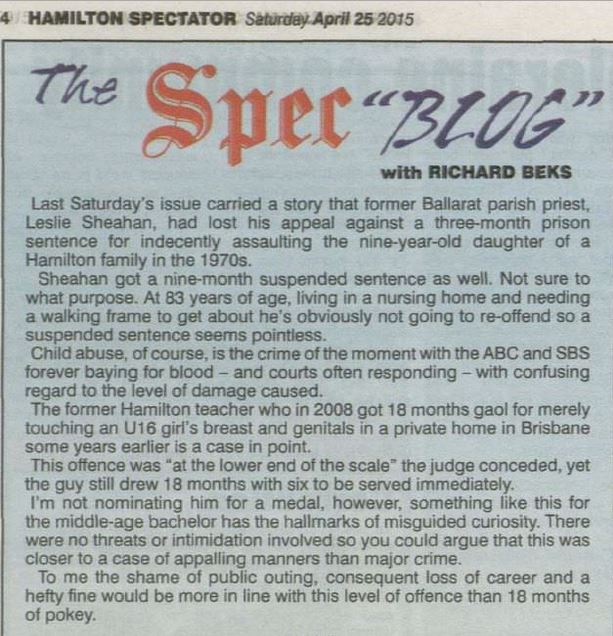 The Spectator’s original column (Via Mumbrella)

Days after the column, as criticism mounted, Beks published an apology statement, the Australian Broadcasting Corp. noted. He admitted he “thoughtlessly used the word ‘merely'” which upset readers who “saw as making light of a serious offence.”

“Bad choice of words and, I appreciate, clearly offensive to some readers,” Beks wrote. “For the record, I fully understand the harm that sexual assault can do – and that when it involves children it’s particularly repugnant.” 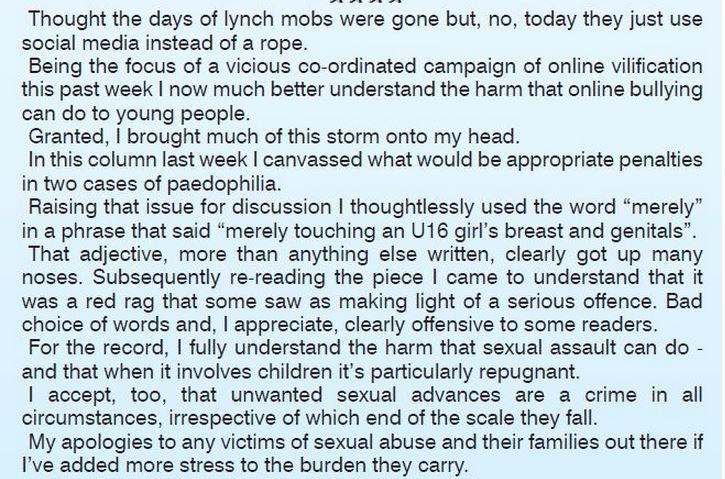 The Spectator apology (via ABC)

The newspaper’s publisher Beks also told the ABC Radio, according to the Standard,

“With the benefit of hindsight, I would have been better not to use the word ‘merely’. With all the abuse I’m getting on social media that’s the one word that seems to be getting up everybody’s nose…

“But the point I was making (was) there are a whole range of offences that are serious (and) a whole range of harm that’s perhaps not so serious. We have to carefully look at all of these to see if the penalties being handed out match the seriousness of the offence.”

In response to the press council’s questions, the Spectator said it wanted to “consider the wide range of impacts that such abuse can have,” the press council said, adding that the paper “said it was not suggesting child abuse was akin to bad manners and acknowledged the poor choice of words had contributed to the offence caused to many readers.”

The Spectator also pointed to its later apology, which the council argued was “rather grudging” and didn’t undo the harm.

The council’s determination on the ruling? “The Council accepts that some of the opinions expressed in the editorial may have been the result of poor expression. However, the effect of the editorial was to trivialise the crime and crimes of that kind.”

“The expressions used with reference  to child sexual assault, in particular terms such as ‘merely touching’ and ‘misguided curiosity,’ reflect a significant misunderstanding of the nature and effects of this type of offending and of its seriousness,” the council added.

The Spectator‘s website says it is published three times a week in southwest Victoria, Australia and has a circulation of less than 8,000.