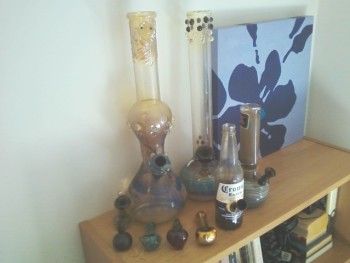 Australia’s WA Today wrongly said a local Catholic school teacher was fired after controversial photos of her surfaced. But, it turns out the newspaper didn’t fact check and the woman wasn’t fired for an alleged bong or topless photo.

The Western Australian newspaper, owned by Fairfax Media, reported May 9 the story “Bong claims Santa Maria teacher’s job: You’ve got to be toking?”

Because WA Today didn’t have the photos, the newspaper published a stock photo. It also didn’t name the teacher, but it did name the school where she taught. Online commenters supplied the teacher’s name.

The teacher, who is unnamed, complained to the Australian Press Council because she said the story was “completely false” and the photos in question don’t exist. The press council agreed, pointing out that the story made serious claims that weren’t backed by fact.

WA Today said it heard about the story on the radio and tried to fact check by contacting the school. Further, it claimed the story was in the public interest and that it didn’t hear back with contradictory information from the school until after publication.

The press council agreed the story would have been in the public interest — if it were true, but it wasn’t. And since WA Today named the school and didn’t correct the false story for “several months,” the newspaper “failed to ensure accuracy and fairness.”

“The Council concludes that drugs played no part in the teacher’s resignation and accepts that no photo of the teacher with a bong or topless exists. It considers that as the article had originated from a radio segment ‘Rumour File’ and the allegations were serious, the publication was required to take greater care to establish the facts. It also considers that naming the school made it likely that the individual could be identified.

“In addition, even after the Principal’s denials, the publication repeated the allegations the following day and the article remained online for several months without any remedial action, despite the concerns raised in the complaint to the Council.”

The article in question now has the headline, “Social media incident claims Perth teacher’s job” and links to the press council’s ruling.