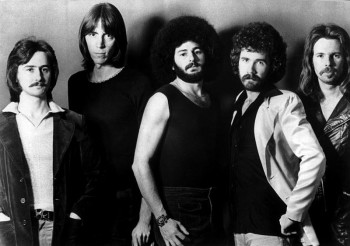 According to the court ruling, the three columns by columnists Gayle Fee and Laura Raposa “relied on information from Brad’s former wife, Micki Delp, and various unnamed ‘insiders’ and ‘friends.'”

Scholz sued the Herald, the columnists and Delp’s ex-wife Micki Delp because he said the claims “insinuated that Scholz was responsible for Brad’s suicide.” But the ruling found the Herald published “nonactionable opinions based on disclosed non defamatory facts that do not imply undisclosed defamatory facts.”

The Herald‘s lawyer Jeffrey Robbins explained to iMediaEthics by phone that the court ruling found that “you cannot objectively prove what was in his mind at the moment or moments when he decided to take his life and therefore it couldn’t be objectively proven [why]” Delp died. Therefore, “it was by definition pure opinion and protected by the First Amendment,” he said.

“This happens to be one of those cases where the reporting was extremely strong and very transparent as the court indicated,” Robbins said. “These articles were filled with all of the information that cut in every direction” including quoting a note Delp left “saying he was responsible,” and “a police officer saying no one knew why.”

The court said it didn’t agree with Scholz’s claim that “The Herald articles are actionable because they impliedly (sic) assert that Scholz was responsible for Brad’s death.”

“While we can imagine rare circumstances in which the motivations for a suicide would be manifestly clear and unambiguous, this is not such a case,” the ruling reads. “The statements at issue could not have been understood by a reasonable reader to have been anything but opinions regarding the reason Brad committed suicide.”

The judge also noted that the articles were clearly publishing speculation and “a reasonable reader would not expect to include nuanced phrasing” in the headline.

The Herald‘s lawyer Robbins told iMediaEthics the case went over “a very large body of evidence” as to Delp’s state of mind and life through testimony from his family, friends and doctor.

They testified about Delp’s “feelings about Tom Scholz, about what being around Scholz made him feel like, about the prospect of going out one more time with Scholz [on tour] when he did not want to, about his feelings that he had — that he could not stand up to Scholz and in his perspective betrayed his friends who had had extremely difficult situations with Scholz.”

“The people who really suffered the most were Brad Delp’s loved ones, who felt, it’s fair to say, very intimidated by this process and who rather courageously stepped forward to testify about what Brad Delp had told them,” Robbins commented. “That’s not easy to do under any circumstance, let alone when the individuals fear being sued themselves.”

Scholz said in a press statement sent to iMediaEthics he was “wrongly blamed for Brad Delp’s suicide” and “he is disappointed that the court has decided to allow a tabloid newspaper to avoid having a jury decide the facts.”

Pointing to information revealed during the trial about Delp’s life before his death, Scholz’s statement went on:

“Based on these undisputed events immediately prior to Brad’s death, Mr. Scholz disagrees with the court’s decision that the cause of Brad’s suicide is unknowable. Mr. Scholz believes this decision will have adverse consequences well beyond his case against the Herald because it regrettably means that people are largely free to accuse another of causing someone’s suicide, even when, as here, the accusation is false.

“In the end, Mr. Scholz remains saddened by the loss of his friend and bandmate, Brad Delp.”

Scholz has to pay $132,000 in court costs for the Herald, according to MassLive.

Likewise, the case against Micki Delp was dismissed.

The Boston Herald’s lawyer is Jeffrey Robbins not Roberts. We regret the error.