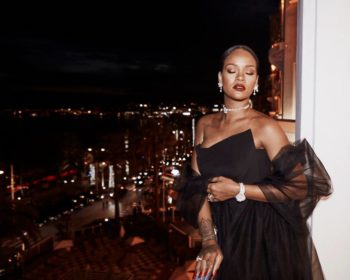 Sports site Barstool Sports apologized and unpublished an article fat-shaming singer Rihanna, asking, “Is Rihanna Going to Make Being Fat the Hot New Trend?” Barstool Sports is a male-focused website with more than 1 million Facebook followers. Its Facebook ‘about us’ explains, “Barstool Sports consists of a bunch of average Joes, who like most guys, love sports, gambling, golfing and chasing short skirts.”

While Chris Spags’ (full name Chris Spagnuolo) May 30 Barstool Sports article has been unpublished, iMediaEthics viewed a cache. In it, Spags suggested perhaps recent photos of Rihanna are “a classic ‘bad visual’ situation” making her look like a plus-sized model, “or maybe she’s been on the road, enjoying that good room service a bit too long.”

Spags did not stop there, writing, “It looks to me like Rihanna is rocking some new high key thiccness [sic]” so “it’s time to worry if you’re not a guy who fancies himself a chubby chaser.” He went on to say she is “pushing 180” pounds “and it’s a tough world to stomach.”

Then, Spags compares her to the Hindenberg, the giant German airship of the 1930s, and suggested she appears to be wearing a fat suit. “A world of ladies shaped like the Hindenberg loaded into one-piece bathing suits may be on the horizon now that Rihanna is traipsing around out there looking like she’s a sumo suit,” he went on.

Spags embedded older photos of Rihanna from what he called “her glory days,” and remarked, “here’s hoping she’s just pregnant, happens to the best of us.”

It is curious why this article appeared on a sports-focused blog. Even though Barstool Sports is, as its name suggests, supposed to be focused on sports, the article waded into entertainment. That said, there is a section of the site tagged “girls.”

In a separate May 30 post, Barstool Sports’ founder Dave “El Pres” Portnoy wrote that the criticism of Spags’ fat-shaming article was “an extremely minor controversy” with “lots of feminists not happy about it.”

“To be honest I don’t think the blog was as bad as many are making it out to be, but I’ll tell you this,” Portnoy wrote, somewhat apologizing. “It wasn’t that funny either and I could have told you with absolute certainty that feminists would hate it and use it as an example of ‘there goes Barstool being Barstool again.’  There are just certain topics that you better nail if you’re gonna write about them because you know they are hot button issues for us. So if you’re gonna blog about Rihanna gaining weight you better be funny as fuck and you better make it bullet proof.”

Meanwhile, Spags, the writer of the fat-shaming post, tweeted he was suspended with pay. iMediaEthics tweeted at both Portnoy and Spags asking for comment on the post and confirmation Spags was suspended.

In a Barstool Radio segment (around minute 60), Portnoy called the Rihanna blogpost an “idiotic blog,” and said the site was a “comedy site.”

“That blog never should have been published ever, ever!” he went on.

“My apology wasn’t even an apology,” he added, but more of an explanation, further commenting that Spags isn’t “funny.”

Yup suspended with pay so mostly just on ice

iMediaEthics have contacted editor Portnoy at Barstool Sports to ask how long the suspension will last. iMediaEthics has also reached out to Rihanna’s reps to see if she has any comment on the issue of fat-shaming women.

Spags’ tweets make light of the suspension, so iMediaEthics has asked if the site is taking the apology or suspension seriously.

How long is the suspension? Is Barstool OK with his tweets seemingly blowing it off? Are suspension & apology serious?

I love blogging and getting to entertain people or show them interesting things. So it's a bummer. Not complaining abt time off but stifling

On the other hand, Huff Post published an article by Refinery 29 about Rihanna’s weight. Its May 21 story was headlined, “The Complicated Reason People are Totally Fine with Rihanna’s Weight Gain.”