When airing a news story on the death of a famous actor, it helps if you show pictures of the right actor.

The BBC News missed that memo in a Dec. 4 broadcast news story, and wrongly included pictures of two other Indian men in a video news report about the death of Bollywood actor Shashi Kapoor, the Press Gazette reported. Instead, the BBC showed images of Kapoor’s nephew Rishi Kapoor and another actor, Amitabh Bachchan.

A BBC spokesperson told iMediaEthics that “the original report included some pictures of Kapoor.” The spokesperson noted that “there was an on-air apology last night and an immediate Twitter one by the editor after the show when the error occurred Monday night.”

Paul Royall, who edits the news program that made the error, News at Ten, tweeted an apology. The BBC noted in its own news story on the error that BBC staff slammed the error, with creator and co-writer of BBC One’s Citizen Khan Adil Ray calling the mistake “poor when it would have taken them seconds to verify.”

“BBC News at Ten is very sorry the wrong images were used to mark the death of Shashi Kapoor,” the BBC said in a statement in its own news story. “The piece did not meet its usual standards and the programme has apologised for any upset.”

#BBCNewsTen is very sorry wrong images were used to mark the death of Shashi Kapoor. Not our usual standards and I apologise for any upset. 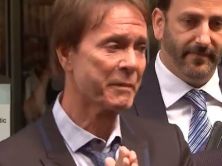