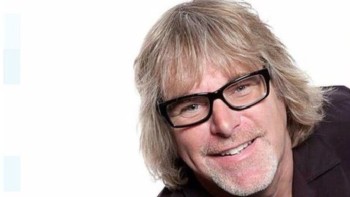 The BBC suspended DJ Alex Dyke for derogatory comments about breastfeeding in public.

It is “unnatural” and “has to be stopped,” Dyke said earlier this week on Radio Solent, adding that only “Earth mothers” with moustaches would breastfeed in public and that it makes him “uncomfortable.”

“You wouldn’t get ‘yummy mummies’… breastfeeding in public. Those kind of women wouldn’t do it because they’re very image-conscious and they know it’s not a great look,” he complained. “I blame the Earth mothers, you know the ones I mean, the ones with the moustaches, the ones who work in libraries, the ones who wear hessian, the ones they’re always on Radio 4 on Women’s Hour, they are always pushing the boundaries and making us feel uncomfortable.”

“Breastfeeding is unnatural. It’s the kind of thing that should be done in a quiet, private nursery.

“It was OK in the Stone Age when we knew no better, when people didn’t have their own teeth… but now I just think a public area is not the place for it and fellas don’t like it.”

His comments were prompted by seeing a woman breastfeeding on the bus, the Huffington Post noted.

The BBC said Dyke’s comments were “unacceptable.” A BBC spokesperson sent iMediaEthics this statement: “Following unacceptable comments made on air Alex Dyke has been suspended pending an investigation.”

Dyke also aired an apology statement yesterday,  the Huffington Post reported, saying “Yesterday on the show I spoke about breastfeeding. The comments I made during the broadcast were unacceptable and I would like to apologise for any offence caused.”

An online petition complaining about Dyke now has more than 11,000 signatures, the Guardian noted, adding that 14 complaints have been filed with broadcast regulator OfCom.

Dyke was not on air on Friday because of the comments.