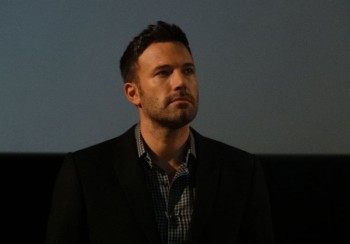 After hacked e-mails showed that Ben Affleck had slave-owning ancestors, a fact that was covered up in a PBS episode about his heritage, PBS announced an internal review earlier this year.

Now the results of that review are out and PBS is adding extra review levels to the program in question, Finding your Roots.

PBS is hiring “an additional researcher/fact-checker” as well as “an independent genealogist to review all versions of program episode for factual accuracy,” a summary of the internal review states. PBS just sent iMediaEthics this summary.

PBS also said it is retracting the episode on Affleck, “from all forms of distribution including on-air, digital platforms and home video.”

As iMediaEthics reported earlier this year, Affleck requested that his ancestor’s slave-owning be left out from the episode on his genealogy. Producer Henry Louis Gates, Jr. agreed to the request, which was revealed in hacked e-mails between Gates and Sony CEO Michael Lynton. That request and agreement were not disclosed to viewers or to PBS, PBS said.

PBS said it found out about Affleck’s request back in April when the media highlighted on the hacked e-mails. PBS’s “Conclusions of FINDING YOUR ROOTS Internal Review” states:

“The next day, PBS and WNET began an internal review led by Beth Hoppe and Stephen Segaller, the executives who oversee primetime programming for PBS and WNET, respectively. As part of this process, PBS and WNET examined correspondence, production records, agreements, talent releases and other documentation regarding the episode, as well as publicly available material. PBS and WNET also interviewed the co-producers, who fully cooperated in this review. The law firm of Covington and Burling, LLP assisted in this review and provided an independent perspective.”

Ultimately, the review found that the agreement between Affleck and Gates broke “PBS standards by failing to shield the creative and editorial process from improper influence, and by failing to inform PBS or WNET of Mr. Affleck’s efforts to affect program content.”

In addition to the added layers of editorial review, PBS said that PBS is “postponing the scheduling of the third season of Finding Your Roots” until the program meets the requirements set out in its conclusions (including the hiring of extra staff) and makes sure “the problems that arose in episode #204 will be avoided in the future.”

PBS also said it won’t decide about pursuing a fourth season of Finding Your Roots until the program beefs up the editorial standards as required.

Gates, the executive producer for Finding your Roots, said in a statement sent to iMediaEthics:

“I want to thank PBS for its thoughtful internal review. I sincerely regret not discussing my editing rationale with our partners at PBS and WNET and I apologize for putting PBS and its member stations in the position of having to defend the integrity of their programming. Throughout my many years of producing genealogy documentaries, I have always operated with rigorous ethical standards. Even so, we have been working with PBS and WETA to create new guidelines to increase transparency going forward.
“My career has been dedicated to improving race relations and intercultural understanding in our country. We are very excited about the third season of ‘Finding Your Roots’ and look forward to uncovering and sharing many more incredible ancestral stories with our viewers.”
UPDATED: 6/24/2015 5:38 PM EST With more information